Organic onions of Jumla fail to get buyers 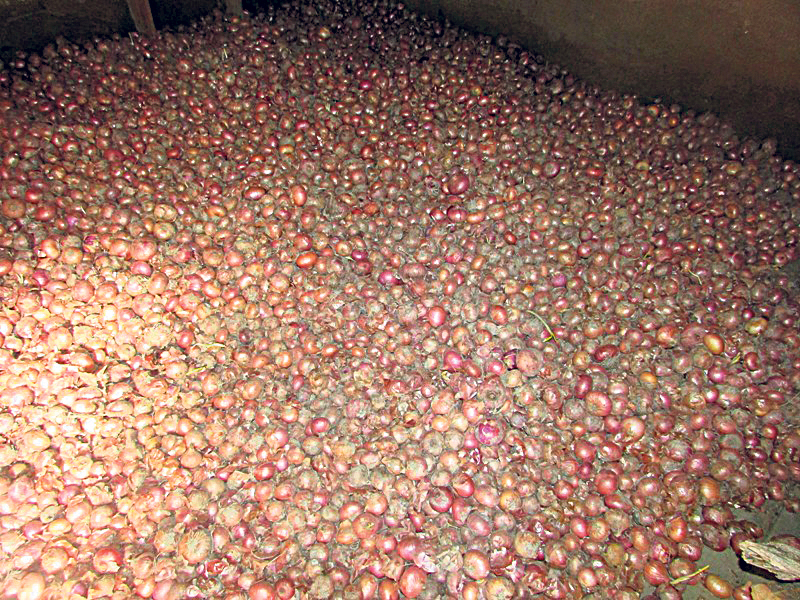 JUMLA, Sept 12: Basanti Devkota of Chandannath-1 in Jumla has a new job these days -- take onions out in the sun in the morning, and store it inside house in the evening.

The young farmer is doing so as she is not getting good price for her produce. "Traders are not offering good price, but I don't want to sell it for peanuts," she adds.

Onion, which was traded in the district at Rs 70 per kg two years ago, is priced at only Rs 40 per kg this year.

Local farmers grow onion of red creole variety. They have been following traditional farm practice without using chemical fertilizers which means the product is 100% organic.

Farmers of Tatopani, Patmara and Garjyangkot villages are also into organic onion farming.

Price of onion in major cities of the country, including Kathmandu, is around Rs 100 per kg, owing to low production in I–dia - the major supplier.

There are around a dozen farmers like Devkota who has been growing onion in 'onion pocket area' spread over 25 hectares in the municipality and other nearby Village Development Committees. And all the farmers are awaiting better price for their produce.

In the past years, traders from as far as Biratnagar, Surkhet and Nepalgunj would reach to Jumla farmers to buy organic onion. But the farmers are not getting good buyers this year.

According to District Agricultural Development Office (DADO), Jumla, only a handful of farmers have received recommendation to supply onion to other districts. Balak Ram Devkota, officer of Jumla DADO, said that the traders would reach Jumla by this time in the past years. "But they have now shown up till now," he adds.

Farmers rue that imported onions are being sold in the markets in Nepalgunj at a time when their product is not finding market.

DADO officials say onions produced in the district are organic, test good and are of good quality.
Devkota further informed that further delay will cost farmers as the production might lose weight due to drying up in sun.

"Only a quarter of this is consumed in the local market," says Devkota.

As the district does not have cold storage facility to store onions, farmers cannot hold their produce until they get good price.

"Half of the production goes to waste in the absence of cold storage facility," adds Devkota.

SINDHULI, July 2: Although Rama Lama of Dobhan in Kamalamai Municipality at Sindhuli has annual income of less than Rs 20,000,... Read More...