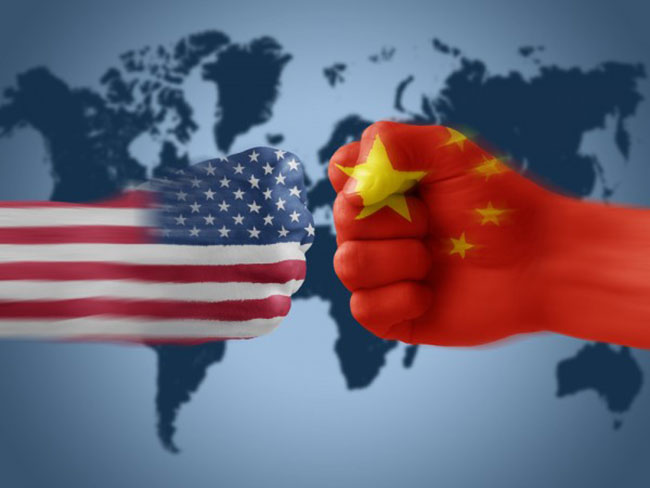 Decades of plodding growth together with the 2008 financial crisis have prompted a seismic shift in economic thinking in much of the world. There is talk of moving resources from investment to consumption, from heavy industry to “services,” and from private sector to public sector. But what strikes me is that these arguments focus only on improving the mix of outputs within an economy, with no attention paid to labor.

This is obvious in the case of China, now the world’s biggest economy by some measures. No doubt, China must reject further investment in hulking steel mills and empty apartment buildings. At the same time, however, it must focus on workers and elevating the experience of their work, which economists from Adam Smith to Karl Marx and Alfred Marshall placed at the center of their concerns.

Not everyone agrees. When it comes to the experience of work, many—especially in continental Europe—believe that optimal allocation (entailing well-functioning institutions), if accompanied by investment in education, is all that is needed. After all, the Italians, Germans, and French work hard and well over a relatively small number of hours, resulting in high hourly productivity and wages—higher than in the United States and the United Kingdom.

Yet continental Europeans do not seem particularly happy with their work. Circumstantial evidence is their preference for record-setting vacations—and relatively low labor-force participation. And data on job satisfaction provide direct evidence: among large Western countries, workers in continental Europe report the lowest levels.

That is not surprising. Europe’s companies are generally no longer places wherenew stimuli and new challenges engage workers’ minds. But if China should avoid the efficiency-seeking European model, which model should it embrace?

I argue in my book Mass Flourishing that the right model is the good economy, which is an economy that offers the good life. Optimal resource allocation (of which efficiency is a part) is a necessary but not sufficient feature of a good economy. Indeed, the single-minded focus on raising domestic consumption is likely to distract China’s leaders from other policies needed for a good economy.

Here I differ with many economists—including my dear friends Joseph Stiglitz, Jean-Paul Fitoussi, and Vladimir Kvint—whose preferred standard is the quality of life. By this they mean mainly ample consumption and ample leisure, together with public goods—for example, clean air, safe food, and safe streets—and civic amenities such as municipal parks and sports stadiums.

This is a fleshed-out version of an ideal traceable to antiquity. I don’t oppose these services or their provision by the state; but they do not add up to philosophers’ concept of the “good life.” (Aristotle joked that we need these services to recover for the next day’s work.)
Another dear friend, Amartya Sen, points out that economists’ focus on consumption leaves out people’s need to “do things.” But he does not go far enough. People want out of programs of work in which they have no autonomy.

For a good life, people need a degree of agency in their work. They want to be able to take the initiative and do work that is engaging. People value room to express themselves—to voice their thoughts or show their talents.

In other words, people value attainment through their own efforts. I have used the word “prospering” (from the Old Latin prospere, meaning “as hoped, or expected”) to refer to the experience of succeeding in one’s work: a craftsman’s gratification at seeing his skills valued by others, a merchant’s satisfaction at seeing his “ships come in,” or a scholar’s sense of validation from an honorary professorship.

People also value the personal growth that may come from their career. I use the word “flourishing” to refer to the satisfaction from a journey into the unknown—the excitement of the challenges and the appeal of overcoming obstacles. Indeed, attaining, prospering, and flourishing all refer to experiential rewards, not to money.

What sort of economy would offer this good life? History suggests that it would be one of entrepreneurial people (alert to unnoticed opportunities, and exercising their initiative to try out new things) and innovative people (imagining new things, developing new concepts into commercial products and methods, and marketing them to potential). The participants in such a good economy would range from the grassroots of society to the most advantaged.

This is the kind of economy I hope China will develop. Of course, in a time of hardship, a country may not immediately be able to afford a good economy; its people will first want clean air and safe food. The risk is that fully satisfying all the myriad demands for public services would require a public sector so big that it might well crowd out innovative activities in the private sector.

China must keep in mind that the private sector can match—or surpass—the public sector in supplying many services now provided by the public sector. Underground railways were once the creation of private entrepreneurs. Today, the most radical step in urban transportation is Uber, and the most radical change in the near future is probably the self-driving car—both creations of the private sector.

Of course, some cynics say that the Chinese possess neither the sophistication nor the temperament to be innovators. Yet estimates of indigenous innovation in China and the G7 countries show that China already ranked fourth in the 1990s; and in the next decade, when the UK and Canada fell back, China moved up to second place—not very far behind the US.

The fact is that there is much less innovation coming out of America than there once was—and hardly any coming out of Europe. So China could become a major source of innovation for the global economy, equaling or exceeding America. To my mind, this is an invaluable opportunity for China—and a development to be welcomed in the rest of the world.

The author is the 2006 Nobel laureate in economics, is Director of the Center on Capitalism and Society at Columbia University

Shuttle service brought into operation at TIA
3 hours ago