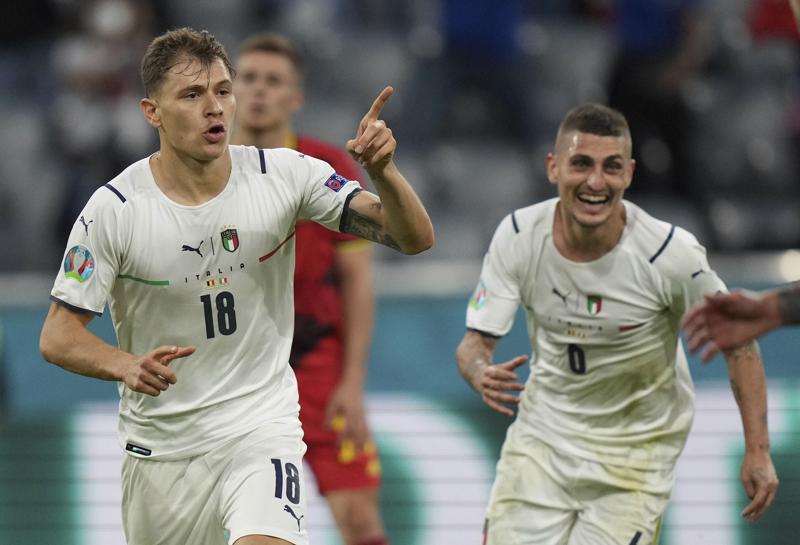 LONDON, July 5: The European Championship is coming to Wembley Stadium for the final three games of the tournament.

Italy will take on Spain on Tuesday in the first semifinal match and Denmark will face England on Wednesday in the other.

The Euro 2020 final is scheduled for next Sunday.

After failing to qualify for the last World Cup, Italy has set a national team record of 32 unbeaten matches.

The team earned victories over Turkey, Switzerland and Wales in the group stage, but then was taken to extra time before beating Austria in the round of 16.

Italy has reached the semifinals with a mixture of attacking flair and solid defense, which has seen it concede only two goals at the tournament.

Lacking the ruthlessness and hard edge of the country’s title-winning team from 2008 and ’12, Spain’s class of 2021 has shrugged off its imperfections to move within two wins of being European champion again.

History is on its side, too. Each time the Spanish have advanced from the quarterfinals, they have gone on to win the trophy, having also won the European Championship in 1964.

In Luis Enrique, Spain has a perhaps the tournament’s most proven coach to come out of the club game — his Barcelona team achieved the Spanish league-and-cup double in 2015 and ’16, and also won the Champions League in 2015 — and his young team’s current unbeaten run is at 13 matches.

There are concerns, though.

Spain might be the highest-scoring team at Euro 2020 but has unconvincing strikers in Alvaro Morata and Gerard Moreno. Central defense is also an issue, with Aymeric Laporte still settling in after switching nationalities from France in May.

Denmark’s passage to the semifinals has evoked memories of the country’s unexpected title-winning campaign at the European Championship in 1992.

That year, the Danes weren’t even supposed to be playing in the tournament but got called up 10 days before the opening game following Yugoslavia’s disqualification as a result of sanctions by the United Nations amid the war in the Balkans.

Denmark qualified on its own this time but wasn’t among the favorites — especially after midfielder Christian Eriksen collapsed during the team’s opening group game against Finland after suffering cardiac arrest. He had to be resuscitated with a defibrillator on the field.

That prompted an outpouring of support and the team has been riding that emotional wave ever since, with Eriksen constantly in the thoughts of the players and coach Kasper Hjulmand.

Emotions aside, Denmark actually has a very good team — it was the last one to beat England at Wembley Stadium — and has exciting players to watch in wing back Joakim Maehle and playmaker Mikkel Damsgaard, Eriksen’s replacement.

England is the only team remaining to have also made the semifinals at the last World Cup.

Gareth Southgate is still the coach but with a much changed squad. Only nine of the 23 players from 2018 made the 26-man cut for Euro 2020.

Of England’s five games so far, only the quarterfinal victory over Ukraine was played away from Wembley Stadium. And it’s back to Wembley for the semifinals with England yet to concede a goal at the tournament.

While Harry Kane didn’t score in the group stage, the striker now has three goals in two games. Raheem Sterling also has three.

Among the decisions for Southgate are whether to stick with a four-man defense or go with three at the back, and whether to bring Bukayo Saka back into the starting lineup in place of Jadon Sancho if the winger has recovered from a minor injury.

England to play Denmark in Euro 2020 semifinals at Wembley

Croatia beat Russia on penalties to set up England semi-final

SOCHI, July 8: Russia’s World Cup dream ended within agonising sight of the semi-finals as they went down 4-3 on... Read More...