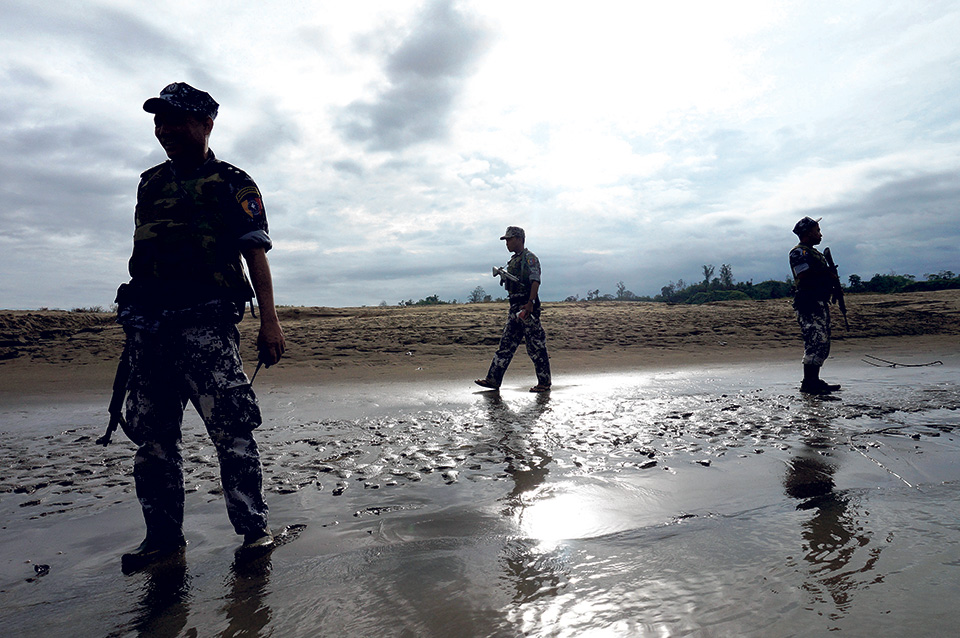 An announcement posted online by the office of the country’s leader, State Counsellor Aung San Suu Kyi, said the death toll from the violence that started Thursday night had reached 96, mostly alleged Rohingya attackers but also 12 security personnel. The announcement was the first by the government to list civilians among the dead — six people identified as Hindu said to have been killed by the insurgents.

Myanmar is overwhelmingly Buddhist, but about 1 million Muslim Rohingya live in the northern part of Rakhine state, where the violence is taking place.

Advocates for the Rohingya suggest many more civilians have died in army attacks on villages, but they have not given a total. They also say the attacks have caused villagers to flee to the mountains for shelter or to try to cross the border into Bangladesh.

Witnesses and refugees on the Bangladesh border said Sunday that the situation there was tense, with thousands of Rohingya trying to flee Myanmar but still unable to leave. Witnesses said they heard the sound of gunshots. Bangladeshi villagers said they could see military helicopters hovering in the Myanmar sky.

Several hundred Rohingya got stuck in a “no man’s land” at one border point in Bangladesh’s Bandarban district, barred from moving farther by Bangladeshi border guards. Lt. Col. Manzurul Hasan Khan of Border Guards Bangladesh said they cordoned off about 1,000 Rohingya after they attempted to enter Bangladesh.

A Rohingya insurgent group, the Arakan Rohingya Salvation Army, or ARSA, took responsibility for Thursday night’s attacks on more than 25 locations, saying they were in defense of Rohingya communities that had been brutalized by government forces.

June 26: Scores are dead after vicious weekend clashes in central Nigeria between mostly Muslim cattle herders and Christian farmers, with one... Read More...

OAXACA, Mexico, June 20: Violent clashes between police and members of a radical teachers' union who had blockaded roads in... Read More...