Olympic torch rally for 13th SAG kicks off (with photos) 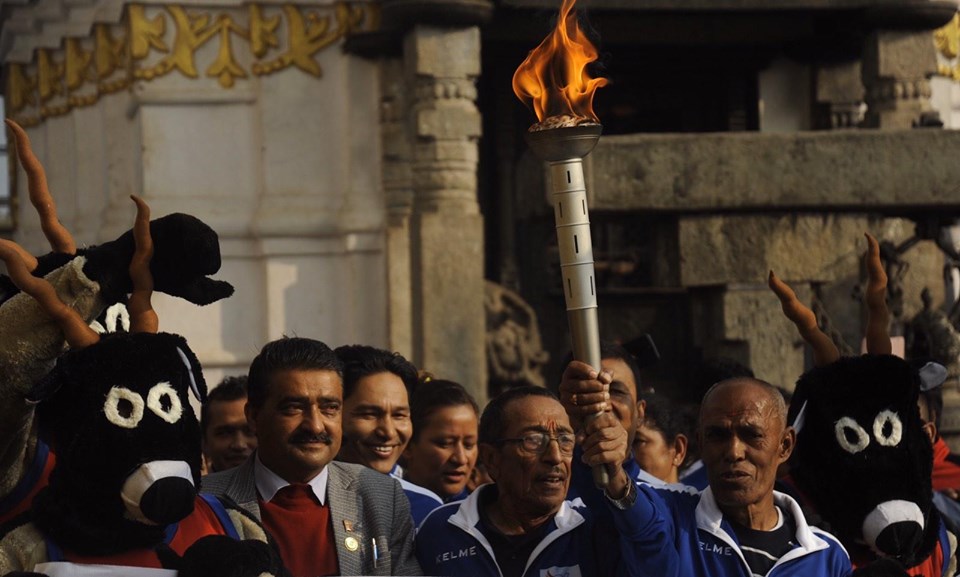 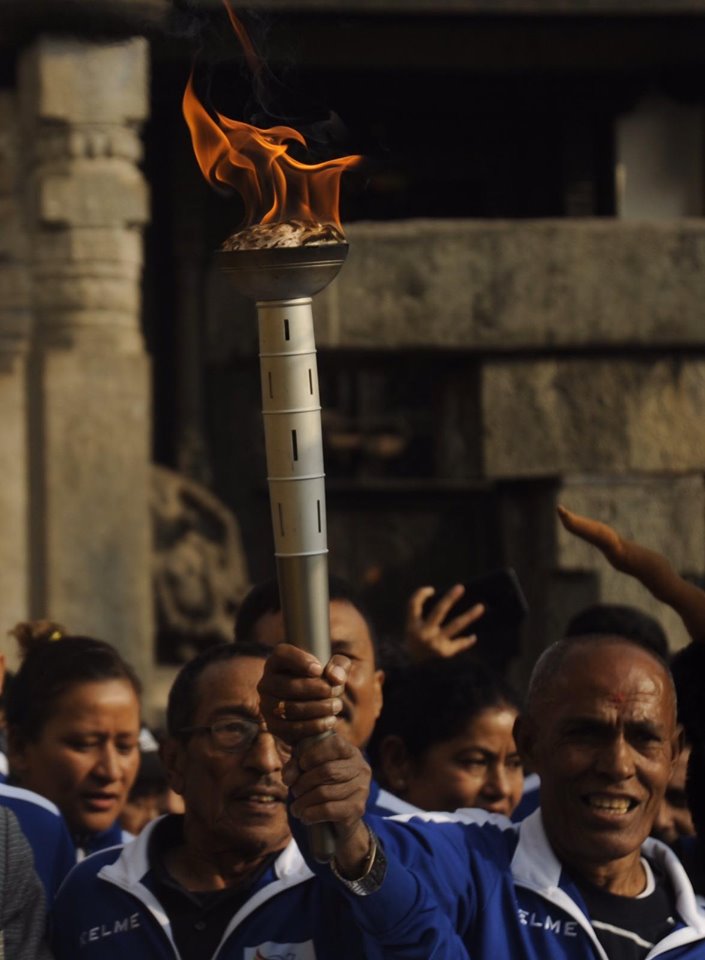 Member Secretary of the National Sports Council (NSC) Ramesh Silwal handed the torch to senior Nepali Olympian Jit Bahadur KC in an event organized on the premises of Swayambhunath temple. 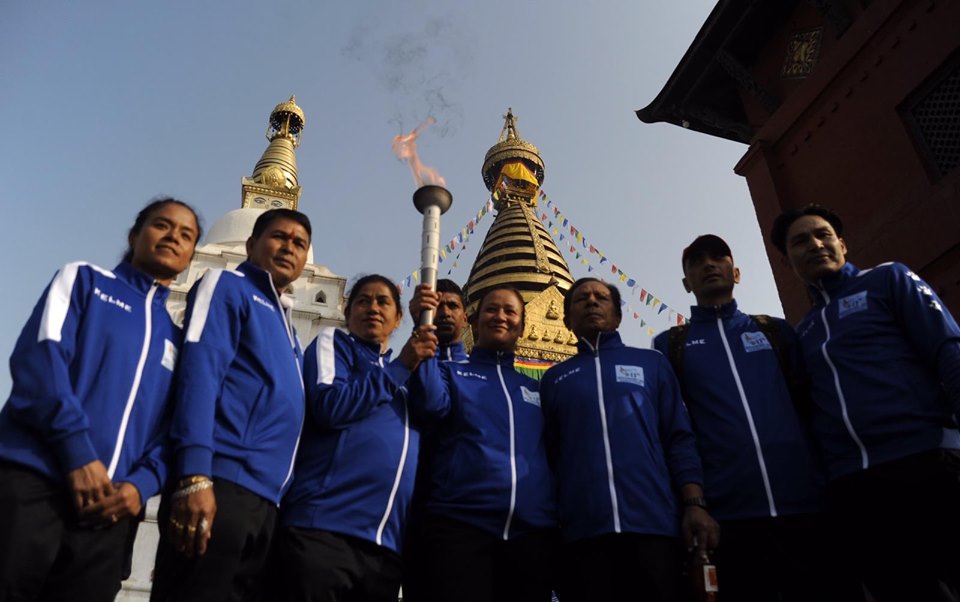 According to the NSC, Olympians including KC will take the torch to all the main cities of the seven provinces.

The rally will reach Province 1’s Biratnagar on the first day followed by Province 2’s Janakpur on the second. It will be taken to Province 3’s Hetauda and Chitwan on the third, Province 5’s Lumbini and Butwal on the fourth and Karnali Province’s Surkhet and Province 5’s Nepalgunj on the fifth day of the rally. Similarly, the rally will be in Sudur Paschim Province’s Dhangadi and Gandaki’s Pokhara on the sixth and seventh day respectively. 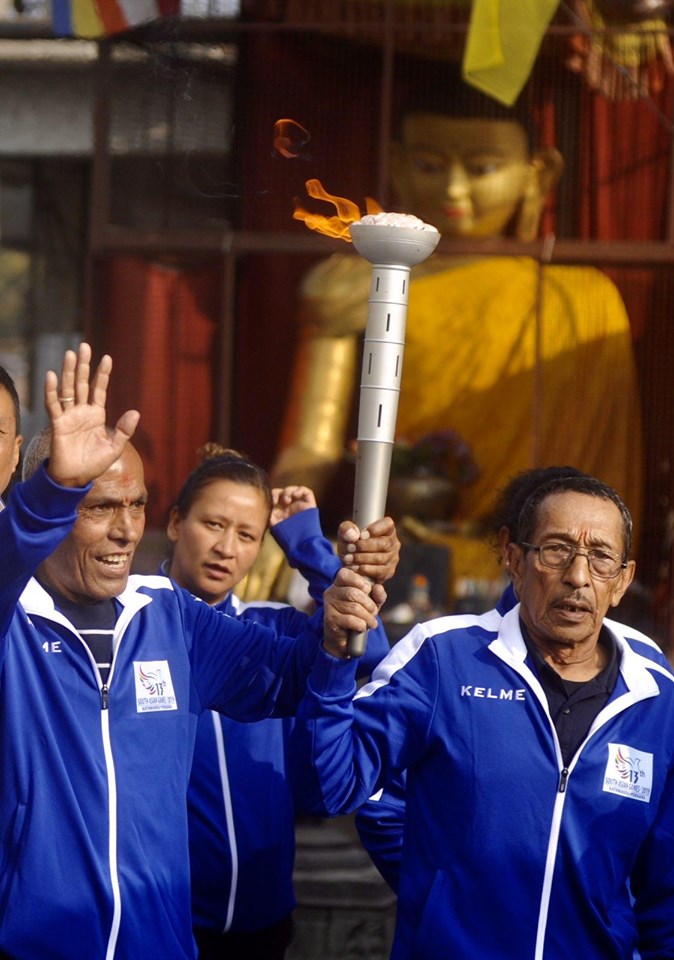 The torch will be toured in Pokhara on the eighth day as well and will be brought back to Kathmandu on the same day. The plan includes torch’s tour in different parts of Kathmandu valley on the ninth day. On the same day, the Olympic flame will be lit at the Dasharath Stadium in Tripureshwar.

SAG will be inaugurated on December 1 and will continue for the next ten days. More than 3000 players will participate in 26 games.