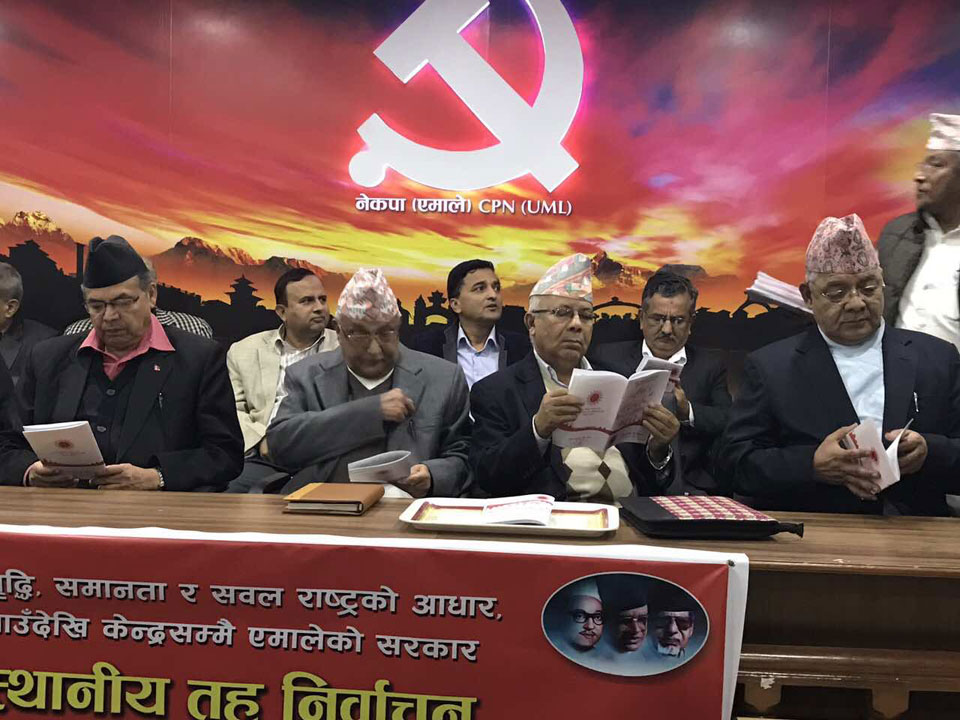 Speaking at a press meet organized to unveil the party's election manifesto, former Prime Minister Oli said that the impeachment motion is registered since the two top leaders of the ruling coalition felt that the judiciary is not endorsing their illegal and arbitrary decision.

"They were involved in tampering the government documents like performance evaluation reports of DIGs during the promotion to IGP. They were afraid of what the court verdict could be. So, they posed threat to judiciary registering impeachment motion," said Oli.

"You can imagine what the leaders, who are ready to pose threats to the judiciary and destroy state organs and institutions for not supporting them, could do to rest of us," he added.

KATHMANDU, June 7: Ahead of the prime ministerial election in parliament on Tuesday, the top leaders of the three major parties... Read More...