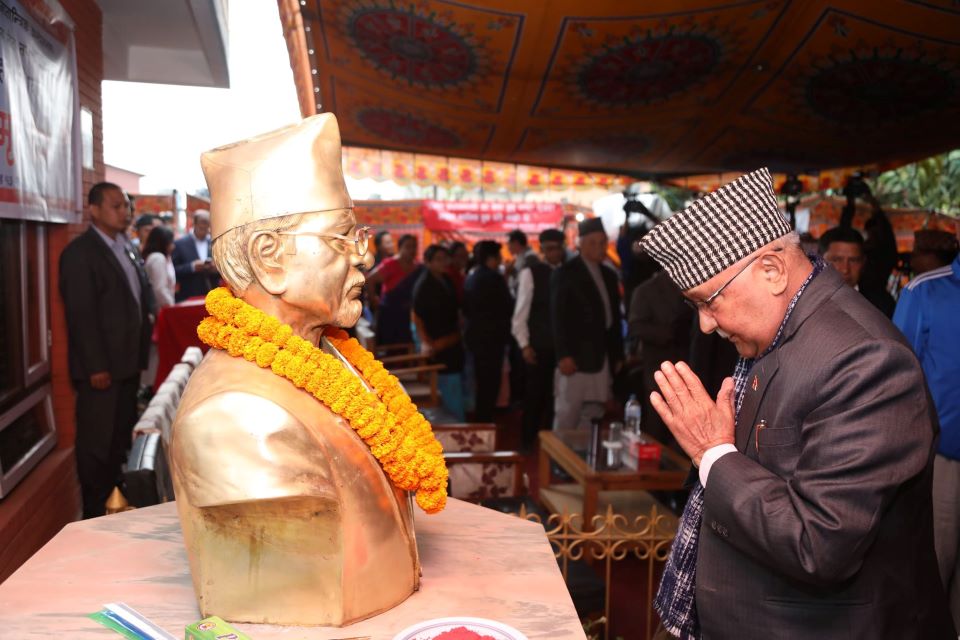 The prime minister made the remarks while addressing a program organized to mark the 20th Manmohan Memorial Day in the capital on Friday.

“Manmohan Adhikari introduced the Aafno Gaun Aafai Banau (Let’s build our village ourselves) program and it was a new model of development in our country. He is credited for launching several programs on social security, foreign policy front and maintaining rule of law,” the prime minister said.

Oli said that the incumbent government will accomplish some of the unfulfilled tasks which were initiated by the then Manmohan Adhikari-led government in the mid 1990s.  “We are going to realize his dreams of achieving prosperity in the country,” he said.

Recalling the tenure of late Adhikari, the prime minister said that there were conspiracies to sow the seed of conflict and revive active Monarchy.