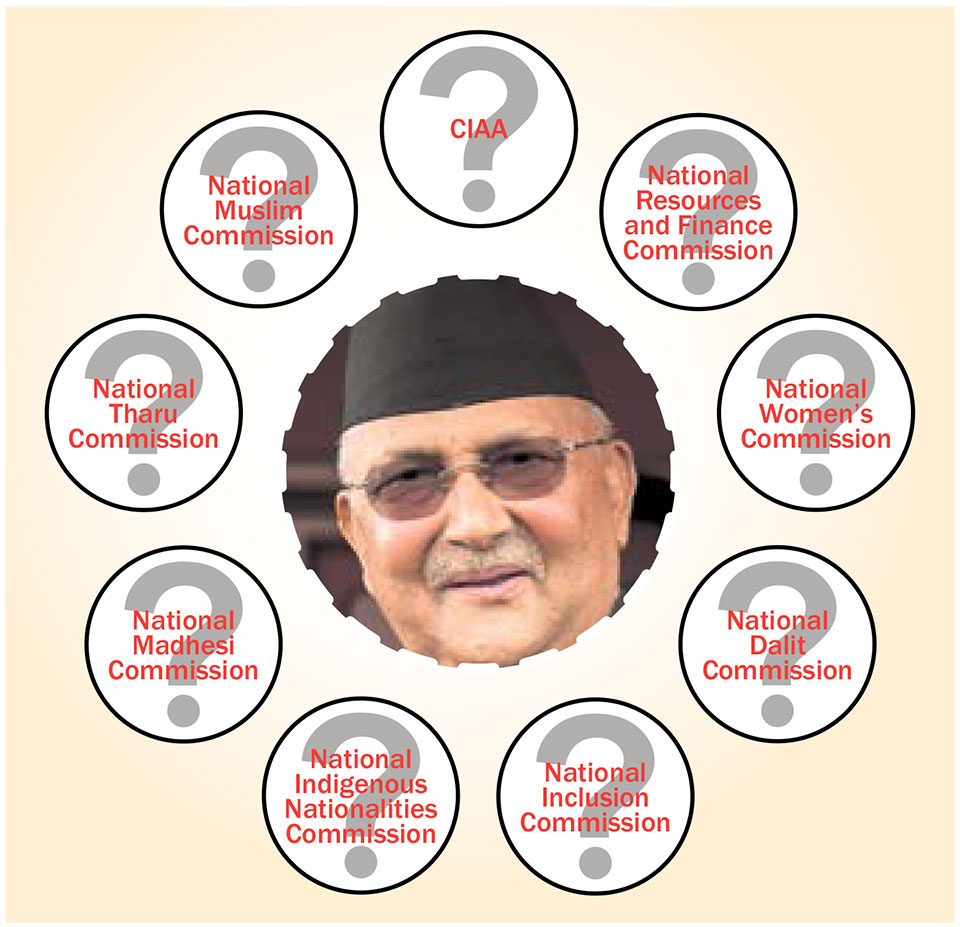 KATHMANDU, Aug 20: The failure of each successive government to form various statutory bodies almost for three years since the new constitution was promulgated has raised serious doubts over the commitment of the ruling parties to honor the Constitution.

While the previous three governments formed after the promulgation of the Constitution on September 20, 2015 cited the elections as the main reason for the delay, the incumbent government led by KP Oli formed after the successful conclusion of three tiers of elections has shown no sign of filling the key vacancies.

With six months already in office after the elections, Oli government has not only failed to give full shape to the various eight new commissions, but also failed to pick a head for the anti-graft body—something very vital to fulfill the pledge of the prime minister to ensure good governance and accountability.

Refuting the allegation, Prime Minister Oli’s Press Advisor Kundan Aryal said the government is serious about implementing the constitutional provisions. “All the vacant positions will be filled and the commissions will be formed in appropriate time,” he told Republica.

While the government is looking for a potential candidate to head the anti-graft body, sources familiar with the development said that there are discussions within the NCP to review the ad hoc commissions. “There are a number of commissions proposed in the constitution for different communities. There is a debate over the rationale of having so many commissions,” said the leader, asking to be unnamed.

Advertising market should be expanded to ensure future of community radios: CEC Thapaliya
4 minutes ago