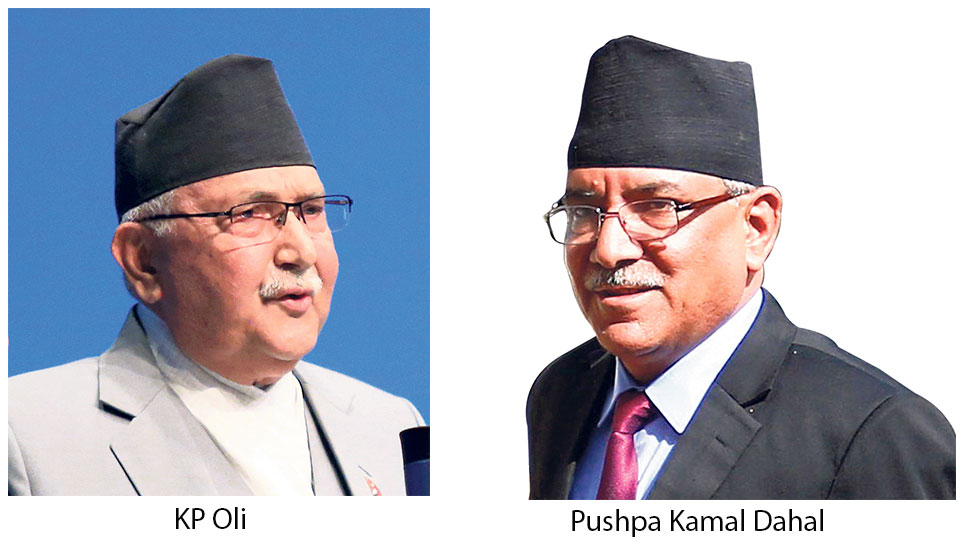 KATHMANDU, June 23: Top leader of the Nepal Communist Party (NCP) have entrusted the party's Co-chairmen KP Sharma Oli and Pushpa Kamal Dahal with the responsibility of finalizing the party's guiding principle and making it public in the next few days.

The ruling party leaders have been at odds over the party's guiding principle ever since the then CPN (UML) led by Oli and CPN (Maoist Center) headed by Dahal agreed to merge into one communist party with an understanding that the party's guiding principle would be finalized afterwards. The UML had followed People's Multiparty Democracy as propounded by the late Madan Bhandari whereas the Maoists at their general convention held a few years ago adopted People's Democracy of 21st Century and Maoism.

Former Maoist leaders want to credit the 'people's war' with establishing the republic through abolition of the centuries-old institution of monarchy. But the former UML leaders are reluctant to own the 'people's war' in the new party's political paper. A section of former UML leaders including Ishwar Pokharel have threatened to initiate a nationwide campaign in favor of giving continuity to 'people's multi-party democracy' as the unified party's guiding principle if it is dropped from the political report.

In a bid to accommodate dissenting voices in the party, Oli and Dahal are said to be preparing to finalize the political report with Janatako Janabad (people's democracy) as the party's guiding principle until the party holds its general convention.

“The prime minister briefed us about his recent Europe visit, among other matters. We couldn't discuss other issues in detail due to his busy schedule,” former prime minister Jhalanath Khanal told Republica. “The two chairmen will make necessary revisions in the political paper and present it at the next meeting.”

According to party leaders, the secretariat meeting comprising nine top leaders of the party did not discuss various other issues such as formation of the party's politburo, the work division of central committee members and cabinet reshuffle, over which the former UML and Maoists are at loggerheads.

Also, the issue of power sharing between the two co-chairmen wasn't discussed at the meeting. The leadership has emerged as a contentious issue mainly after Dahal raised the matter in interviews and public speeches in recent weeks. He cited the five-point agreement reportedly signed at the time of party unification. The agreement, which has never been officially made public , has been interpreted by leaders from the two sides as per their own convenience.