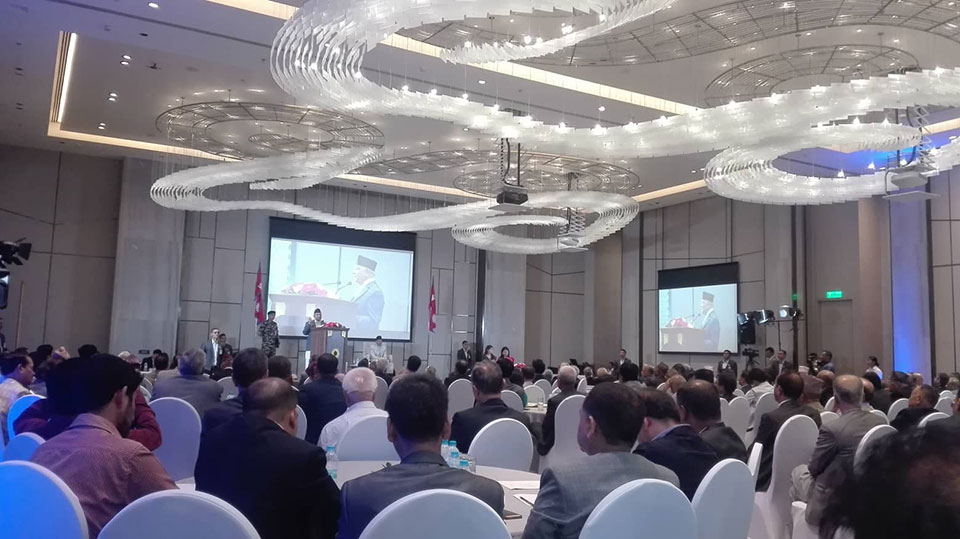 KATHMANDU, June 30: Prime Minister KP Sharma Oli on Friday said that it was important for all political parties to be on the same side in matters relating to Nepal’s foreign affairs as he urged for the need of a coherent foreign policy.

PM Oli, while inaugurating a day-long national conference on Nepal’s foreign affairs in the capital on Saturday, said that the foreign policy should driven by the country’s national interests.

“The government should administer the foreign policy taking everyone into confidence. Everyone should speak the same language. The country should be on the same side on foreign policy,’’ said Oli.

He said that the government was eager to work together with parties from across the political spectrum for a coherent foreign policy. He said that a uniform foreign policy was essential to strengthen Nepal’s presence in the international arena and to deal with foreign countries.

Lack of coherence and clarity has become the defining character of Nepal’s foreign policy which almost always revolves around an individual leader or the party in power.

Despite his calls for unity among parties, Oli hasn’t been able to uphold uniform foreign policy within his own party. In March, Nepal Communist Party Chairman Pushpa Kamal Dahal had criticized ‘US’s interference in Venezuela’, going against the official position of the government. Critics also allege the Oli government of promoting nepotism and favoritism in appointment of diplomats, while ignoring institutionalization of diplomatic service.  In a recent conversation with Republica, Madhuram Acharya, former foreign secretary, had told that the flawed foreign policy has been running on the whims of ‘some leaders in power.’

Relations with India turned sour after India merely noted Nepal’s constitution in 2015, citing protest over the statute from some quarters of the Nepali society.

Foreign policy analysts say that India’s refusal to allow Nepal to use its airspace and accept the report of Eminent Persons Group, a joint task force of experts formed to review the 1950 treaty, signal that there is still deep distrust in the Indian establishment for Nepal.