Office of Attorney General submits its annual report to President 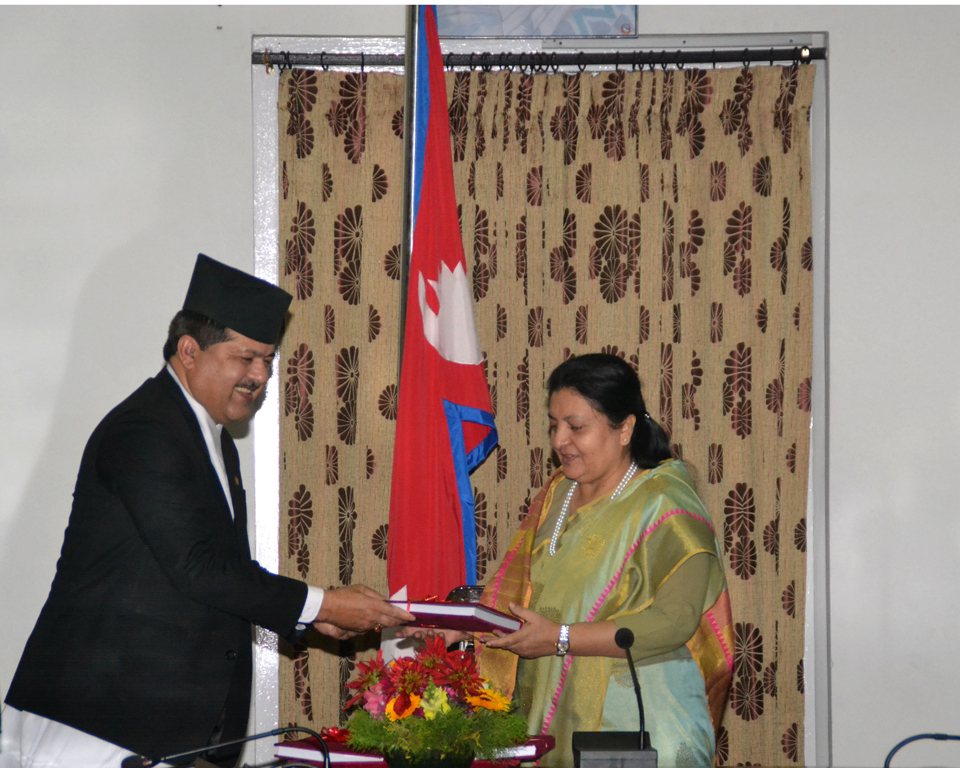 KATHMANDU, Feb 18: The Office of the Attorney General has submitted its annual report for fiscal year 2017/18 to President Bidya Devi Bhandari.

The annual report was submitted in accordance with Article 159 (1) of the constitution of Nepal.
The details of the works carried out by the Office of the Attorney General and its subordinate public prosecutors, condition of means and resources, physical infrastructures and human resources have been incorporated in the annual report.

As per the report, in this fiscal year, there were 29 thousand 230 cases in which the government was the plaintiff and 58 thousand 539 cases in which it is the defendant.

Similarly, the number of cases, writs and applications in which the Office of the Attorney General and its subordinate Government Attorney Offices had defended or argued in support of is 80,077. This is 6.98 per cent more than last fiscal year.

The number of cases defended by the Government Attorney Office, among the cases registered in which the government is either the plaintiff or defendant, is 65,527. This is 7.57 per cent more compared to the last fiscal year.

It is stated that the number of cases, writs and applications in which the Government Attorneys have represented and defended has increased by 65 per cent over the last five years, and this situation has affected the performance as there is a shortage of human resources to handle the increasing number of cases to defend. RSS