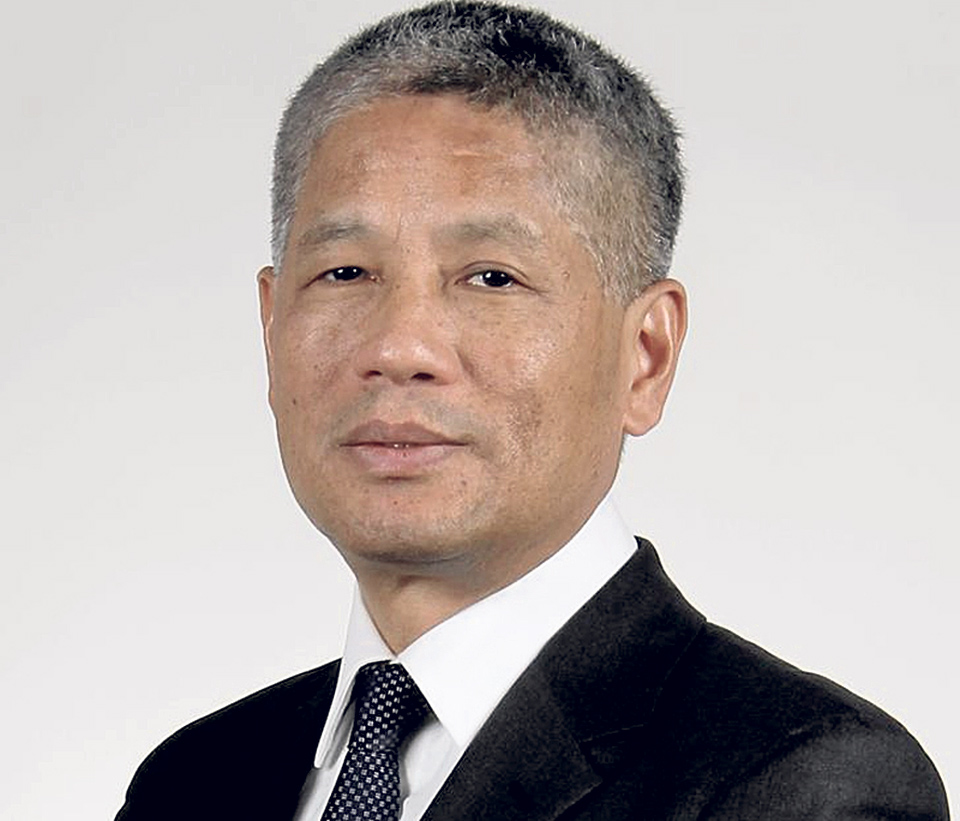 KATHMANDU, Sept 10: President of Non-Resident Nepali Association (NRNA) Shesh Ghale has said that he has had a successful tenure as the president, as he led the organization to accomplish several tasks that were pending for the past 14 years, and to carry out relief and reconstruction works after the 2015 earthquake in Nepal.

Talking with Republica’s sister publication Nagarik daily recently, Ghale said that much of their focus however was on providing relief to the quake survivors and flood-affected communities of Nepal. He said NRNA also helped the Nepali people during the border blockade of 2015.

Ghale, who will complete his two terms as NRNA president next month, led the task of building integrated settlements for 600 families in Laprak, in the high Himalayas upward from Barpak, the epicenter of 2015 earthquake. The settlements will be handed over to the households before the winter begins.

“We have worked as a coordinator of Nepalis and even others living abroad after the earthquake, flood and blockade,” said Ghale, who recently reached Saptari to distribute relief materials to the flood-affected communities.

NRNA provided relief materials to about 5,000 flood-affected families. These materials were packaged such that each family could survive for at least a month. Each package contained a tent, 25 kg rice, 3 kg pulses, salt, cooking oil and mosquito nets.  Cost of each house in the integrated settlements is expected to be at least Rs 1.2 million due to geographical difficulty in that region.
NRNA has also announced to build health posts, schools and community buildings at different places.

Ghale also described the difficulties of handling welfare tasks in the country and said that he would not have pursued these tasks if it were for his business or for profit.  “We have continued our works despite all difficulties because it is for social welfare,” Ghale said.

“But I am saddened by the fact that people have already forgotten the earthquake. However, we are committed to complete the task of building houses for the community of Laprak,” Ghale said.
He has reached Laprak 26 times after the earthquake to look after the relief and reconstruction works.

Ghale suggested that the post-quake reconstruction was an opportunity for building integrated settlements.

He said MIT foundation had given Rs 1 billion in charity for education and health sectors in 2015, and the works on those sectors were underway. He said construction of school buildings was underway at different places.

Ghale said that they did not get support as expected, although their motive was selfless social service.

“We encountered bureaucratic hurdles as some illicit people who wanted to reap benefits from even welfare works like constructing school buildings and health posts,” he said. Ghale, who is an Australian billionaire, has personally invested in a five-star hotel in Kathmandu and another 17-storey hotel at Thamel in Kathmandu.

Guess how much the French president pays his hairdresser every month

Nepal should stay neutral; have good relations with both India and China for its security, stability: Prof. Mearsheimer
6 hours ago

After death of an elderly due to COVID-19, 14 of his family members test positive for virus in Morang
11 hours ago

Ncell converts itself into public company
3 hours ago

How do we resolve the Jammu Kashmir dispute?
8 hours ago

After death of an elderly due to COVID-19, 14 of his family members test positive for virus in Morang
11 hours ago