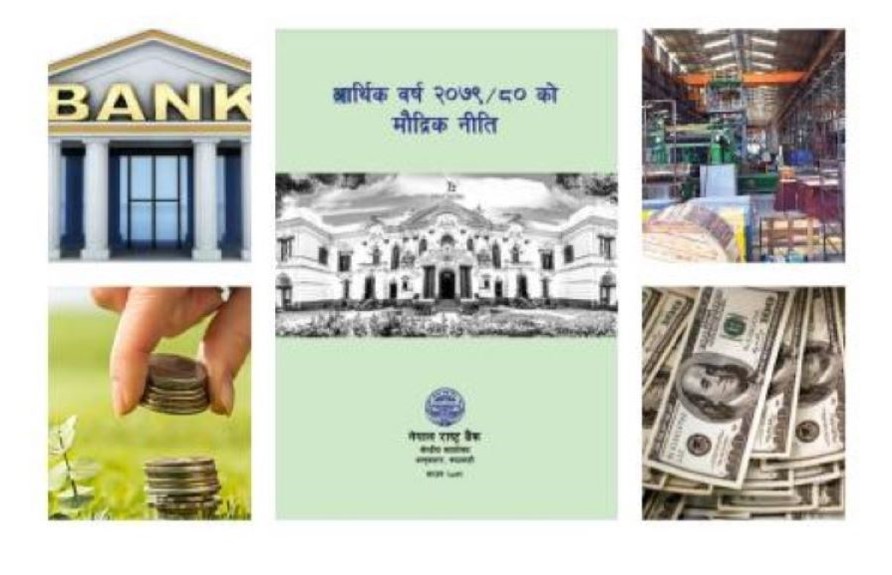 KATHMANDU, July 25: Last Friday, Nepal Rastra Bank (NRB) Governor Maha Prasad Adhikari announced the monetary policy for fiscal year 2022/23,a document everyone had pinned their hopes on, expecting it to come up with magical solutions for a number of problems facing the country, including the persistent liquidity problem and external sector stability.

Unlike the monetary policies announced in the past years, this policy unveiled by the NRB, the country’s apex monetary institution, was under pressure to deliver a wide range of solutions with just a single policy framework. The private sector was expecting the continuity of the relief measures announced earlier by the NRB to mitigate the impacts of the COVID-19 while there was a call for restricting excess money supply to check the rising inflation, excessive lending by banks and the soaring imports.

The central bank also had the challenge to check the fast-depleting foreign currency reserves. While the banking sector has suffered from a prolonged liquidity shortage, one of the major causes was the obvious pretty slow capital expenditure, and the NRB had to do something about this issue as well.

The central bank was also under pressure to maintain the aspiration of the investors of the share market at a time when the secondary market’s index had already dropped by almost 37 percent within the past few months. Moreover, it also had to save face and enforce a policy that does not contradict with the budget which has announced ambitious programs, including a high economic growth rate, propelling the economy toward a recovery path in the aftermath of the pandemic.

‘Good but not adequate’

While all these issues are in place, NRB has announced a tight or contractionary monetary policy, which the majority of economists in the country and the private sector have termed as ‘good, but not adequate’ to address the economic problems that the country is facing.

NRB has kept the threshold of private sector loans at 12.6 percent at maximum, a drop from the previous 19 percent. The central bank has tried to control the expansion of broad money supply to a maximum of 12 percent from the target of 18 percent of last year.

Likewise, the maturity time of the standing liquidity facility (SLF) has been reduced to five days from seven days. All these measures will help reduce money supply, which ultimately will raise the interest rates, which will in turn shrink the private sector’s economic activities, said the stakeholders.

Governor Adhikari said the central bank increased the policy rate just to reduce the consumption expenditure while encouraging people to save more. “As the rising market prices do not have much impact on domestic consumption, the monetary policy has tried to compel the people to reduce their expenditure,” he said.

NRB’s Executive Director Prakash Shrestha said the measures to cut money supply will not affect the interest rate by a larger range as they will not affect the banks’ capacity of lending due to alternative measures enforced by the monetary policy. According to him, the central bank will be giving continuity to the refinance facility with some restrictive measures, allowing banks to consider debentures in their credit-to-deposit (CD) ratio and defer the implementation of counter cyclical buffers.

The private sector, however, said the monetary policy will shrink the economic activities. “As check in money supply helps increase the interest rates, it will be a Herculean task to achieve eight percent of economic growth and limit inflation rate to seven percent,” reads a press statement released by Nepal Chamber of Commerce.

Vishnu Kumar Agrawal, president of the Confederation of Nepalese Industries, said the monetary tools this time will help increase the interest rates and inflation rate. “However, the differentiated interest rate for manufacturing could help promote the production business inside the country,” he said.

Economist Rameshwor Khanal expressed his positive note on the central bank’s attempt to raise the interest rates. “Although a tight monetary policy was desirable at this moment of economic problems, the measures however are still not sufficient to address the ongoing problems of current account deficit, soaring imports and higher inflation rate,” Khanal added.

The analysts, however, say the new measures on share market and realty business are praiseworthy. NRB has removed the lower limit of Rs 40 million on loans against shares, while the upper bound of Rs 120 million is still in place. NRB has said the provision will benefit the small investors, in particular.

KATHMANDU, July 22: Nepal Rastra Bank (NRB) on Friday said that the tightened monetary policy will not affect the government in... Read More...

NRB to tighten loans to private sector, says it will be maintained at maximum of 12.6 percent

KATHMANDU, July 22: Nepal Rastra Bank (NRB), in a bid to tighten the loans to private businesses, has targeted to reduce... Read More...