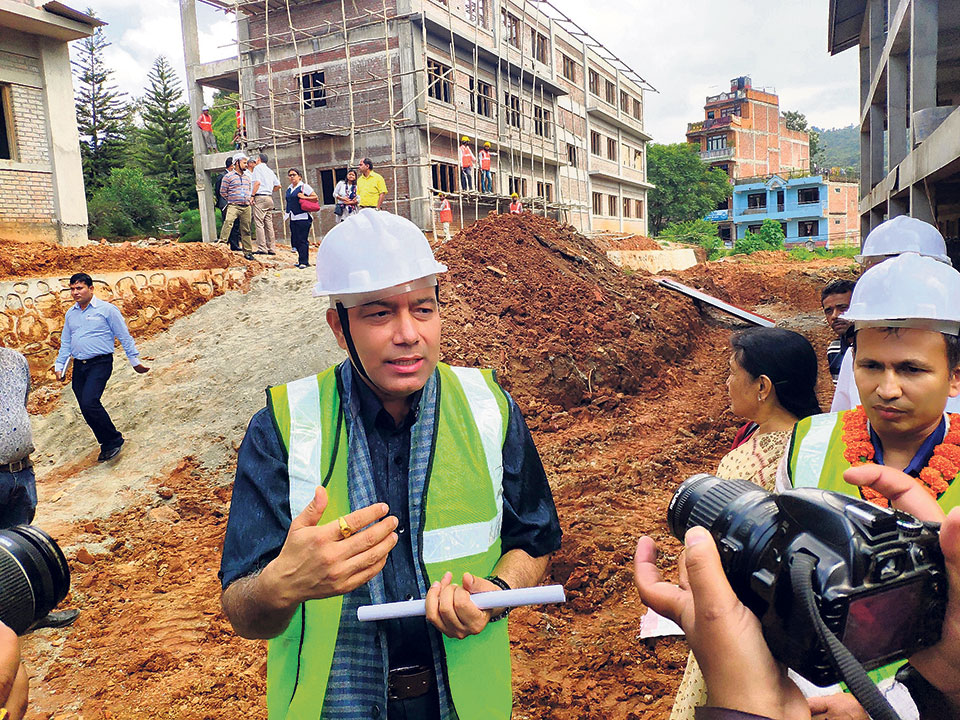 BANEPA, Sept 25: Even three years after the catastrophic earthquake of 2015, a majority of the extremely impoverished families of the 14 most-affected districts have not been able to rebuild their homes despite receiving housing grants provided by the government. To help such people out, the government has decided to provide a soft loan of Rs 300,000 to them.  “The cabinet has already approved a decision to provide Rs 300,000 as soft loan to the people living under the poverty line,” confirmed Sushil Gyewali, chief executive officer of the National Reconstruction Authority (NRA).

He expressed confidence that the availability of additional money would empower the affected people to finally complete their house reconstruction. “An action plan for providing the soft loan will be implemented soon,” added Gyewali, who was in Dhulikhel to inaugurate a school building.

According to him, the plan is likely to be implemented in the ongoing fiscal year itself. “The local units of the quake-affected districts will have to submit their action plans to the NRA clearly mentioning their needs and priorities. Our support to them will be based on the action plans they submit.”

The NRA CEO also shared plans to deploy senior engineers to the affected districts to examine evidences of qualification for those seeking the soft loan. "After going through the process, the deserving quake victims will receive the soft loan without delay," he assured.

KATHMANDU, Nov 27: A webinar has commenced for holding interaction on and archiving the outcomes made in the post-earthquake reconstruction... Read More...

KATHMANDU, Oct 19: The National Reconstruction Authority (NRA) has asked the beneficiaries of the private housing grant to collect the... Read More...