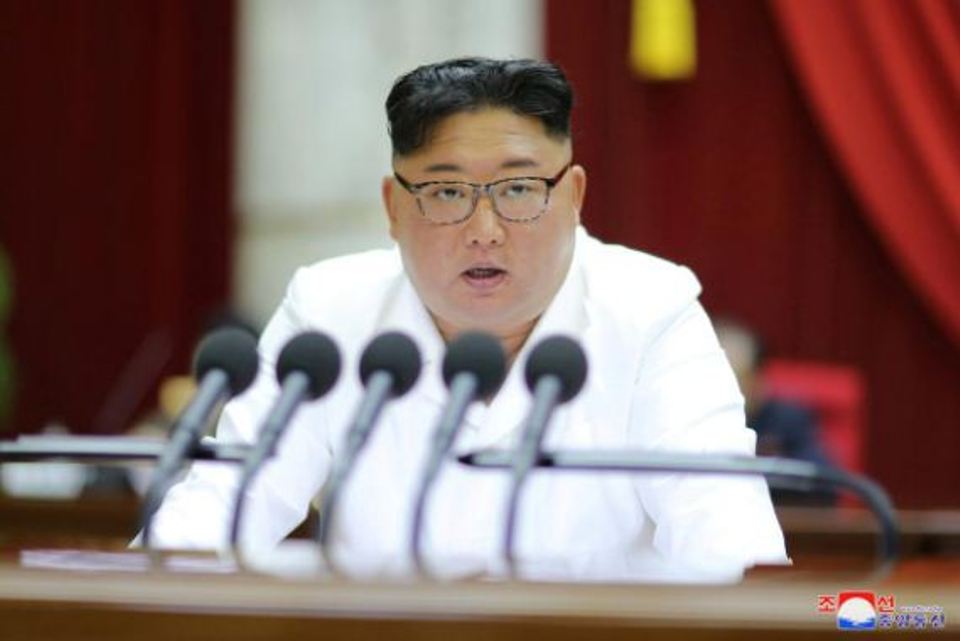 SEOUL, DEC 30: North Korean leader Kim Jong Un called at a ruling party meeting for “positive and offensive measures” to ensure security ahead of a year-end deadline he has set for denuclearization talks with the United States, state media KCNA said on Monday.

Kim convened a weekend meeting of top Workers’ Party officials to discuss policy matters amid rising tension over his deadline for Washington to soften its stance in stalled negotiations aimed at dismantling Pyongyang’s nuclear and missile programs.

At a Sunday session, Kim suggested action in the areas of foreign affairs, the munitions industry and armed forces, stressing the need to take “positive and offensive measures for fully ensuring the sovereignty and security of the country,” KCNA said, without elaborating.

The meeting was the largest plenary session of the party’s 7th Central Committee since its first gathering in 2013 under Kim, according to Seoul’s Unification Ministry handling inter-Korean affairs.

The key policy-making organ drew several hundred attendees, state television showed on Monday. The committee also met in 2018 and in April but on a much smaller scale.

KCNA said the meeting was still underway. It was the first time the gathering has lasted more than one day since Kim took power in late 2011, ministry spokesman Lee Sang-min told a regular briefing.

“By ‘positive and offensive measures,’ they might mean highly provocative action against the United States and also South Korea,” said Yang Moo-jin, a professor at the University of North Korean studies in Seoul.

North Korea has urged Washington to offer a new approach to resume negotiations, warning that it may take an unspecified “new path” if the United States fails to meet its expectations.

U.S. military commanders said the move could include the testing of a long-range missile, which North Korea has suspended since 2017, along with nuclear warhead tests.

The United States had opened channels of communication with North Korea and hoped Kim would follow through on denuclearization commitments he made at summits with U.S. President Donald Trump, O’Brien said.

A video released by the U.S. Air Force and reviewed by Reuters on Monday showed a simulation of an Aegis destroyer spotting what appeared to be a North Korean intercontinental ballistic missile being fired toward the Pacific over the skies of Japan, prompting the launch of ground interceptor missiles.

The 65-second clip was dated September and released on Dec. 2 on the website of the U.S. Defense Visual Information Distribution Service.

A South Korean military source said while it was largely a regular promotional video, its release coincided with heightened tensions amid a recent series of North Korean weapons tests and a war of words between Pyongyang and Washington.

North Korea’s economy seemed to be another key item on the agenda for the second-day session, Yang said, with the economy hit by international sanctions over its weapons programs.

KCNA said Kim discussed state management and economic issues in line with his campaign to build an “independent economy”.

Kim “presented the tasks for urgently correcting the grave situation of the major industrial sectors of the national economy,” KCNA said.

In New York, U.N. Security Council members are scheduled to hold an informal meeting on Monday to contemplate a Russian and Chinese proposal to ease sanctions on North Korea.

Russia and China proposed a draft U.N. Security Council resolution earlier this month that would lift some sanctions in a bid to kick-start the denuclearization talks.

Speaking in Beijing, Chinese Foreign Ministry spokesman Geng Shuang said the proposal was aimed at promoting the talks process and to “satisfy reasonable humanitarian and livelihood requirements” from North Korea.

“China hopes that when it comes to the peninsula issue, Security Council members can assume their responsibilities and take proactive steps to support a political resolution,” he told a daily news briefing.

The move is seen as an attempt to create a crack in a U.S.-led global campaign to pressure North Korea to give up its weapons programs amid lackluster progress in the negotiations.

Sanctions on industries that earned North Korea hundreds of millions of dollars a year were imposed in 2016 and 2017 to cut off funding for Pyongyang’s nuclear and missile programs.

India hopes to avoid US sanctions over Russian missile deal

NEW DELHI, April 15: India is hopeful it will avoid US sanctions over its purchase of Russia’s S-400 missile system,... Read More...

Nepal should stay neutral; have good relations with both India and China for its security, stability: Prof. Mearsheimer
22 hours ago

Ncell converts itself into public company
18 hours ago

How do we resolve the Jammu Kashmir dispute?
23 hours ago