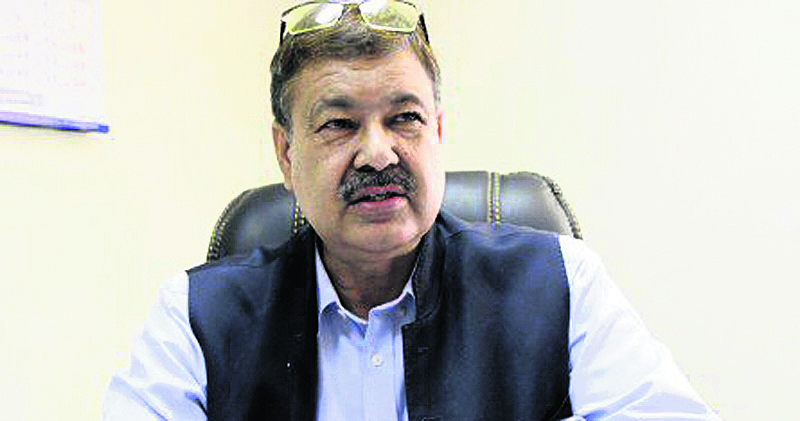 KATHMANDU, Feb 12: Former chief of the Nepal Oil Corporation (NOC), Gopal Khadka, was released on bail on Tuesday after he deposited a bail of Rs 20.5 million at the Special Court, following hearings on a case of disproportionate accumulation of wealth registered at the court against him by the Commission for the Investigation of Abuse of Authority (CIAA).

Khadka, who appeared before the court on Tuesday, was released after depositing the bail amount following the bail hearings on the case, which was lodged by the CIAA on January 7.

The Special Court stated that Khadka had been released on the guarantee of Nepal Investment Bank for the bail amount as determined after the hearing.

The anti-graft body had prosecuted Khadka, accusing him of accumulating wealth amounting to Rs 186.60 million whose sources could not be verified.

In the case, the constitutional anti-graft body has accused Khadka's wife Sharmila and another woman named Anita Lama of hiding illegal wealth that he had accumulated by abusing his public authority when he held public offices.

Khadka had been accused of committing irregularities while purchasing land plots for the NOC in various districts, following which the CIAA had begun its investigation.

Khadka is accused of taking millions while issuing permissions to new gas bottling plants and their branch extensions, and new petrol pumps, tankers and gas bullets.

Despite irregularities, he had managed to escape legal action due to backing from the country's power centers, according to the charge-sheet.

Khadka released on a bail of 25 million rupees

KATHMANDU, Jan 8: The Commission for the Investigation of Abuse of Authority (CIAA) on Monday filed a corruption case against... Read More...

Residents of Nabhi, Gunji and Kuti used to pay land revenue to Nepal until 2035 BS
17 minutes ago