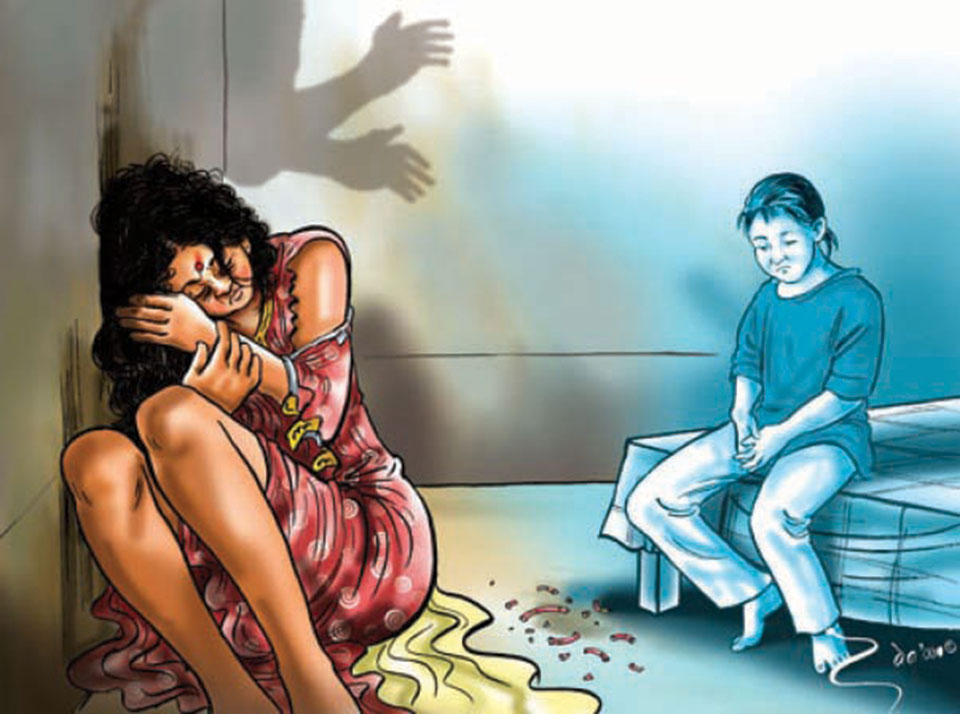 BAITADI, Oct 28: Puja Bohara of Patan municipality-1, Baitadi who was (gang) raped some eight years ago when she had been appearing the School Leaving Certificate Examinations (SEE) has finally won the case against her perpetrators.

Sagar Bhatta, the owner of Jagannath Book Store and Amar Awasthi, the owner of Chandani Photo Studio in Patan Bazar, had raped her after making her to eat contaminated sweet as she had been the bookshop to purchase a guess paper for her exam.

At the time, she was just 14 and had been appearing the SLC from the Patan Bazar-based Shree Krishna Higher Secondary School by staying in her relative's home. The Supreme Court last Thursday convicted the two in the crime, reversing the decision of the then Appellate Court (now High Court), Mahendranagar.

At one point of her time, she had lost all hopes for getting justice. But the apex court's verdict has brought smile back on her face. As she said, she had remembered the moment of visiting the shop before finding herself in a hospital in Kathmandu. Earlier, the District Court Baitadi had given the verdict in favour of Puja, but later it was reversed by the High Court. "Now I am happy over the SC decision."

The Bohara family does farming as a means of livelihood. She is the fourth child, among six, to the Ram Singh Bohara couple. As Ram Singh said, a long battle for justice to his daughter made him actual stronger in the life. Though initial six years, the family had got the support from an organisation called Raksha Nepal, the latest years were not pleasant with the organisation.

Puja said the organisation had made arrangements for her education and accommodation until two years ago. She has been staying in a private hostel in Kathmandu since two years and pursuing her Bachelor's degree in law with the support of the family and one Leela Dangi from Dang who presently resides in the US. She is the fourth-year student in the Chakrabarti Law College and she wants to pursue her career in judiciary in future.

She said she was still finding it challenging to start a normal life returning to the society as she realised that the society's perception towards her was different. She demanded the guarantee of restoration of rape survivor in the society with the sense of full dignity. Her experience throughout these years was that 'victim blaming' is prevalent in the society and if one is committed to fighting for justice, it is not cost-free.

"The survivor has to be excluded from the family and society." She has also grudges over a delay in delivering her justice. Following the incident, unforgettable for her and the family, happened on March 22, 2012, she was found unconscious in sewage near the stationery. She demands promptness and no politics in justice delivery. It may be noted that the District Court Baitadi had awarded the two 13 years in prison and fine of Rs 50,000 each, declaring them guilty in the crime.

But, it was later reversed by the then Appellate Court Mahendranagar on April 18, 2014, giving a clean cheat to the perpetrators. It was the decision of a division bench comprising judges Nara Bahadur Shahi and Ramesh Prasad Rajbhandari. A division bench comprising SC judges Sapana Pradhan Malla and Hari Prasad Phuyal on October 24 responded the case, upholding the decision made by a single bench of Baitadi District Court's judge Himalaya Raj Pathak.

35 houses gutted in fire in Jumla

JUMLA, April 4: As many as 35 houses were gutted in a fire that broke out at Mulli in Dhipugaon,... Read More...

SURKHET, March 4: Three people have been killed and four others sustained injuries in a road accident in Surkhet district... Read More...

NC-proposed candidate must be made new President: Sharma
5 seconds ago

Why was the University Bill introduced, leaving aside the Education Bill?
20 minutes ago