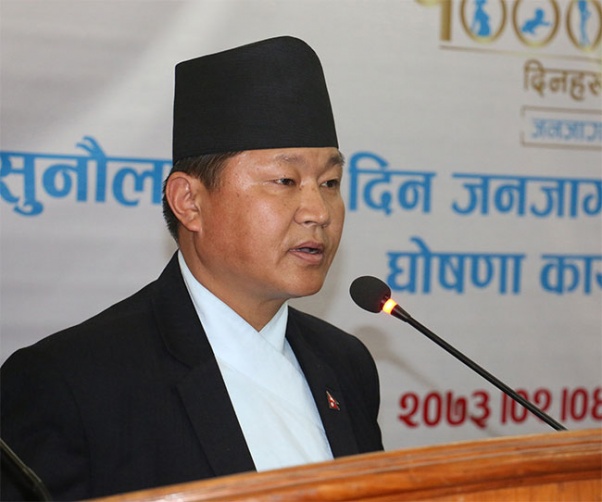 BHAKTAPUR, Oct 24: CPN (UML) leader and former Minister Sherdhan Rai has said no political parties were supposed to go against the impeachment motion registered at the Legislature-Parliament against Chief of the Commission for the Investigation of Abuse of Authority (CIAA), Lokman Singh Karki .

Speaking at a face-to-face program organised by Rafat Sanchar Club here today, leader Rai said the impeachment motion against the CIAA Chief had people's support and no political parties could stand against it. "If any political parties came opposed to it, people would never excuse them," he added.

He expressed his hope that the Nepali Congress would also support the proposal and argued that conspiracies were being hatched by various power centres to foil the constitution enforcement process.

Leader Rai further said the successful implementation of the constitution and ensuring timely elections of all three levels were the current concerns of his party.

Prime Minister should disclose how he was facing such situation.

"Though the constitution is a dynamic and amendable constitution, the party does not accept its amendment without justified reason," the former Minister added. RSS

KATHMANDU, May 5: Nine opposition parties including the main opposition CPN-UML, Rastriya Prajatantra Party (RPP) and the CPN-ML among others issuing... Read More...