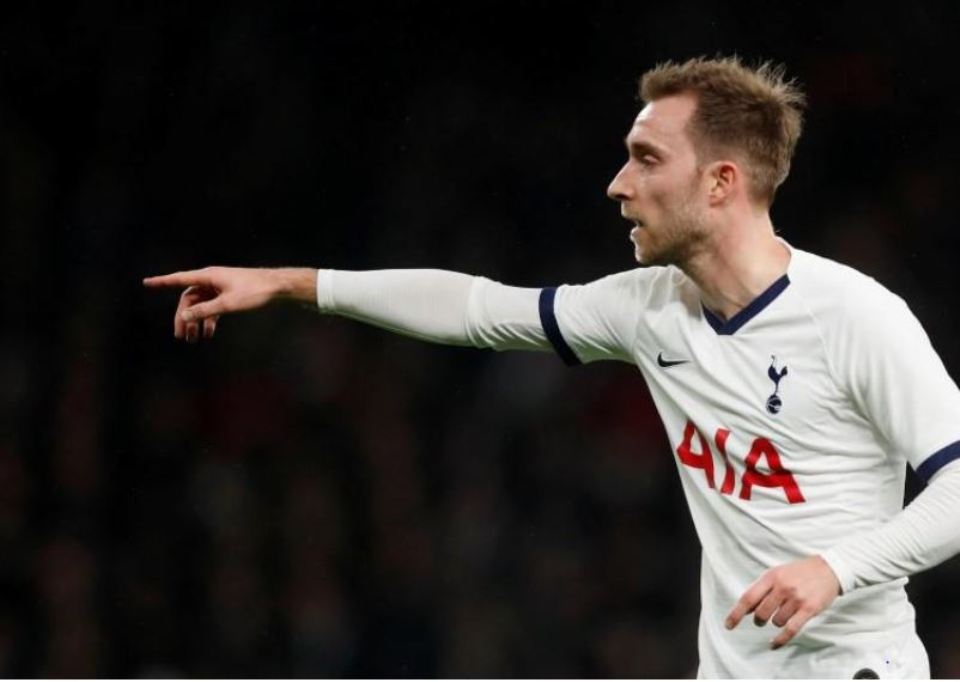 LONDON, Jan 18: Tottenham Hotspur have yet to receive an offer for Christian Eriksen and the playmaker will feature in Saturday’s Premier League match at Watford despite not being “totally focused”, manager Jose Mourinho said on Friday.

The 27-year-old Eriksen is out of contract in June and has not been in top form this season amid British media reports that he is set for a move to Serie A side Inter Milan before the transfer window closes at the end of the month.

“You have to ask the agent and Inter because they know more than me. If they’re confident it’s because they’re ready to make us an offer, which didn’t happen yet,” Mourinho told reporters when asked about Eriksen’s potential departure to Italy.

“When I see people speaking... people with responsibilities, it makes me surprised. He’s trying to do his best, it’s normal until Jan. 31 his brain is not totally focused. It is a normal consequence of the situation.

Mourinho said the eighth-placed club are also on the lookout for a striker with their talisman Harry Kane ruled out until April due to a hamstring injury.

The club have been linked with AC Milan’s Krzysztof Piatek among others.

“Do we need a striker? Yes, but it has to be a positive move for us. It’s not easy but we’re trying to add that type of player to the squad,” Mourinho added.

“Lots of names, I think the majority are from players’ entourages looking to put their names into the market.”

New loan signing Gedson Fernandes could make his debut at Watford as Tottenham try to kickstart their quest for a top-four finish after slipping nine points behind fourth-placed Chelsea.

“Starting or not he will be involved with the team this weekend,” Mourinho said. “When you get new players in January it’s usually because you need. And we need.”

Mourinho also said Giovani Lo Celso, who scored in the midweek FA Cup replay win over Middlesbrough, will stay at Tottenham beyond the summer having arrived on a loan deal from Spanish club Real Betis.

“I think Giovani is going to stay with us,” he said.

While Tottenham look likely to be without striker Kane until at least April after hamstring surgery, Mourinho had positive news about goalkeeper Hugo Lloris who is back training after recovering from a dislocated elbow.

“I told you one month ago, I said February. So the normal thing is February. If you ask me late February or early February at this moment, I go more for early,” Mourinho added.

LONDON, Jan 23: Tottenham Hotspur returned to winning ways in the Premier League but hardly issued a statement of intent as... Read More...

Man dies after choking on piece of meat
24 minutes ago

Nearly 15,000 goats sacrificed at Rajdevi temple in Janakpur
30 minutes ago