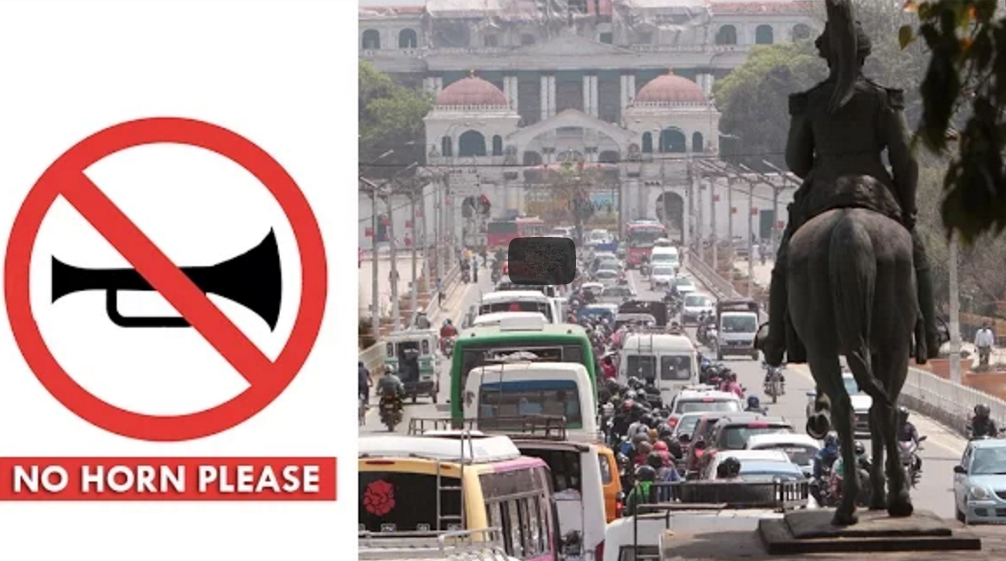 KATHMANDU, April 3:  With the Nepali New Year 2074 BS, the vehicles plying in the Kathmandu Valley will not be allowed to honk or beep except in an emergency case.

The ‘No Horn Please’ rule will take effect starting April 14 in a bid to control sound pollution in the Capital.

“We are going to introduce “No Horn Please’ rule in order to control sound pollution in the Kathmandu Valley starting Nepali New Year 2074 BS. This will be effective from April 14.

This decision has been taken by KMC, Traffic Police Office, Chief District Officer at the initiative taken by the Department of Transport Management,” said Dr Tok Raj Pandey, spokesperson of the DTM.

‘Non Horn Please’ rule will apply to two-wheelers, three-wheelers and four-wheelers plying within the Capital. Those vehicles plying into and out of the valley will also have to abide by this rule.

This decision has been taken at the request of the public after being suffered by the excessive sound pollution, said KMC Chief Ishwari Raj Paudel.

If vehicles were found honking or beeping, the traffic police will fine them minimum Rs 500 to maximum Rs 1500 depending on the case.

This ‘No Horn Please’ rule will not, however, apply to ambulances, fire engines, hearses and those emergency ones.

Similarly, vehicles are allowed to beep at a turning point or at a place from they cannot see the vehicles coming from the opposition direction.

Section 164 © of the Vehicles and Transport Management Act 2049, has laid down provisions that if a vehicle honks except in an emergency case, they will be fined Rs 500.

World Health Organization (WHO) has considered sound ranging from 70 decibels to 80 normal while vehicles plying in the Capital produce sounds ranging more from 100 to 120 decibels.

According to WHO, Cairo, the Capital City of Egypt, is the most polluted after Paris, Beijing, Delhi, Mexico and Mosco.

KATHMANDU, May 31: European teams Spain and Portugal are the two teams who are in contention for the top spot in... Read More...

No one can stop communist rule in country: Oli

POKHARA, Aug 22: From the cost of a boat ride in Phewa Lake and the charge for paragliding to the price... Read More...