Nirmala's mother to PM Oli: "Will we get justice?" 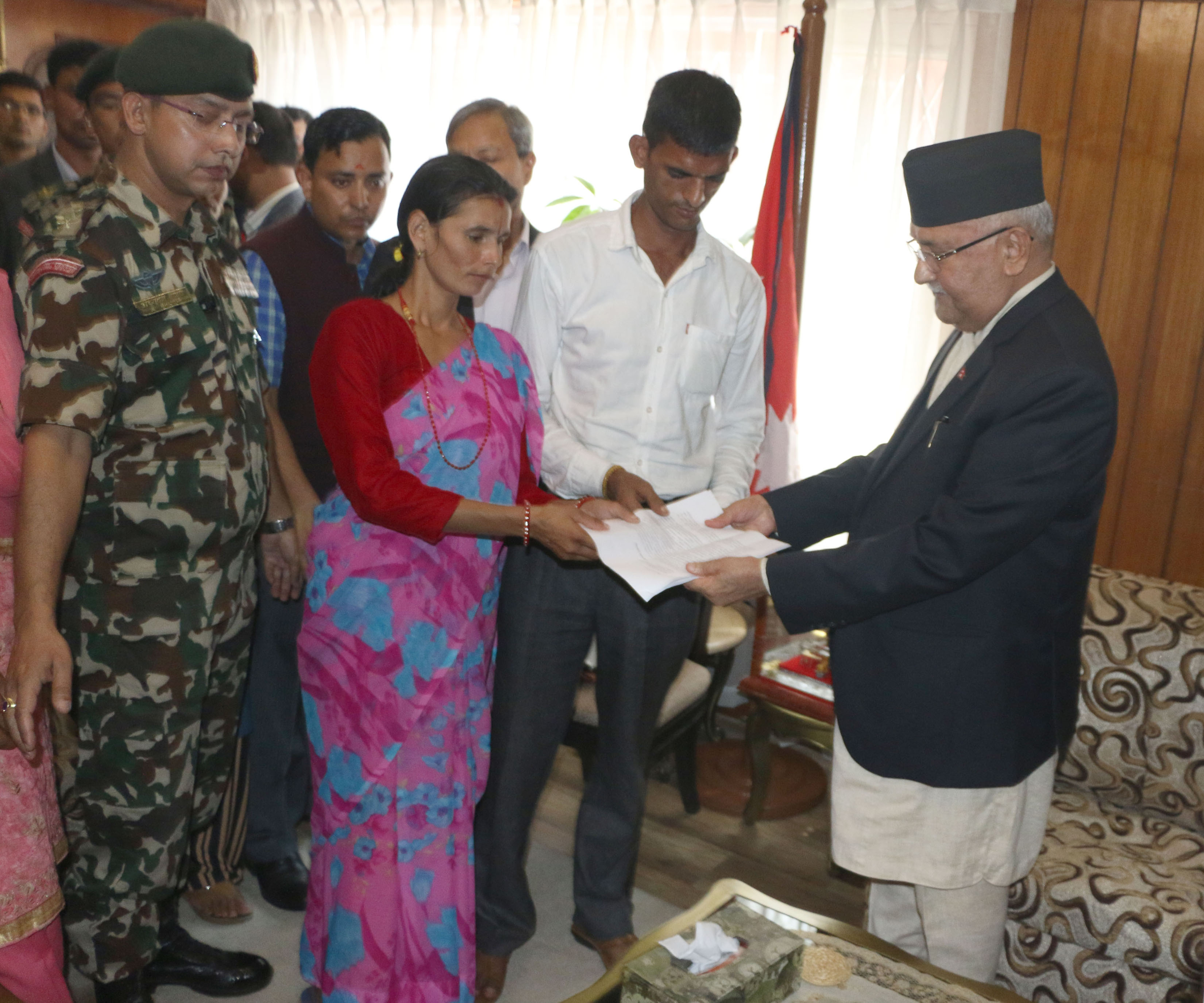 When the parents, father Yagya Raj and mother Durga Devi met Oli, the mother sought to know if they'd get justice. In turn, Oli had said that the government would leave no stones unturned to nab those involved. "No matter how wealthy, strong or politically connected the culprit is, we will book the criminals," Oli said.

He added that he had directed the Ministry of Home Affairs to probe into the case right from the start and debriefed government's actions, including suspensions of police personnel among others.

"The task of finding out the culprits of this incident was delayed as we relied on the local police in the initial phase of the investigations. The police officers might have committed mistakes or cheated. But one cannot squarely blame anyone without the completion of the investigations. Therefore, the state will look into the matter. The state takes legal action even without having to organise a demonstration or procession. We cannot even think of protecting the culprits," the Prime Minister insisted.

Cautioning against taking such criminal incidents and mindset as normal, PM Oli said the guilty will not be let go scot-free.

Nirmala's dead body was found in a sugarcane field in Kanchanpur on July 26.

Nirmala's mother, Durga Maya, said that they were compelled to come to the Prime Minister seeking justice and action against the culprits as no culprit has been traced and taken action on even after 60 days of Nirmala's murder.

Nepali Congress leader Narayan Prakash Saud said all the political parties including the main opposition party were working to provide justice to the Kanchanpur locals and to maintain peace in the community in the aftermath of this incident. He called on the government to find out the culprits and take action against them.

India, 'pharmacy of the world', starts COVID vaccine shipments to neighbours
2 hours ago