Niraj Tamang leads after first round 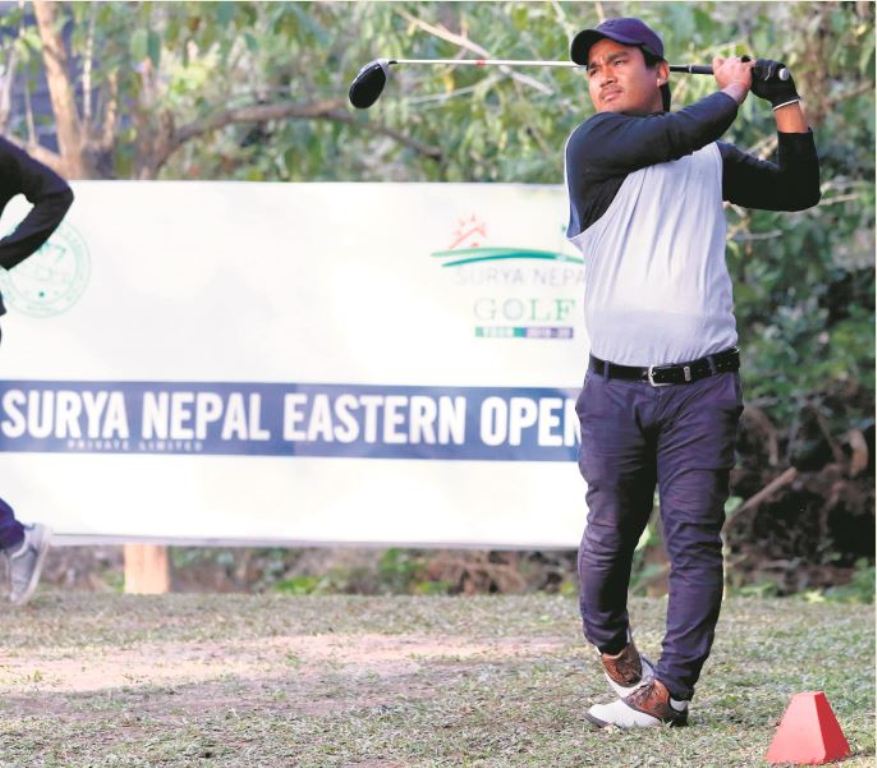 Dharan, Jan 22: Local amateur Niraj Tamang took the lead after the first round of the Surya Nepal Eastern Open, the second edition of the Surya Nepal Golf Tour 2019-20, at the Nirvana Country Club Health and Golf Resort in Dharan on Tuesday.

In the amateur section, Sundar Rai is at the second position with the score of three-over 73, while Binod Kumar Shah is third at 74.

Leader Niraj carded five-under 31 on the front nine and shot one-under 33 on the back nine.

He carded birdies on the second, third, fifth, sixth and seventh holes on the front nine.

Sukra carded one-under 35 on the front nine and carded two-under 32 on the back nine.

His front nine included birdies on the second, fifth, sixth and ninth holes against bogeys on the first, fourth and seventh holes.

After taking the turn, Sukra carded birdies on the 10th, 12th and 18th against bogey on the 16th hole.

Another local, Bal Bhadra carded one-under 35 on the front nine with birdies on the second and sixth holes against a birdie on the ninth hole.

A total of 50 players, including 34 pros and 16 amateurs, are taking part in the 54-hole tournament.

The cut will be applied after the second round and top 24 pros and six amateurs will make it to the final round.

The tournament will end with the Pro-Am event on Friday.

KATHMANDU, March 20: The biggest amateur golf tournament of the country, The Nepal Amateur, will tee off on Tuesday at Gokarna... Read More...