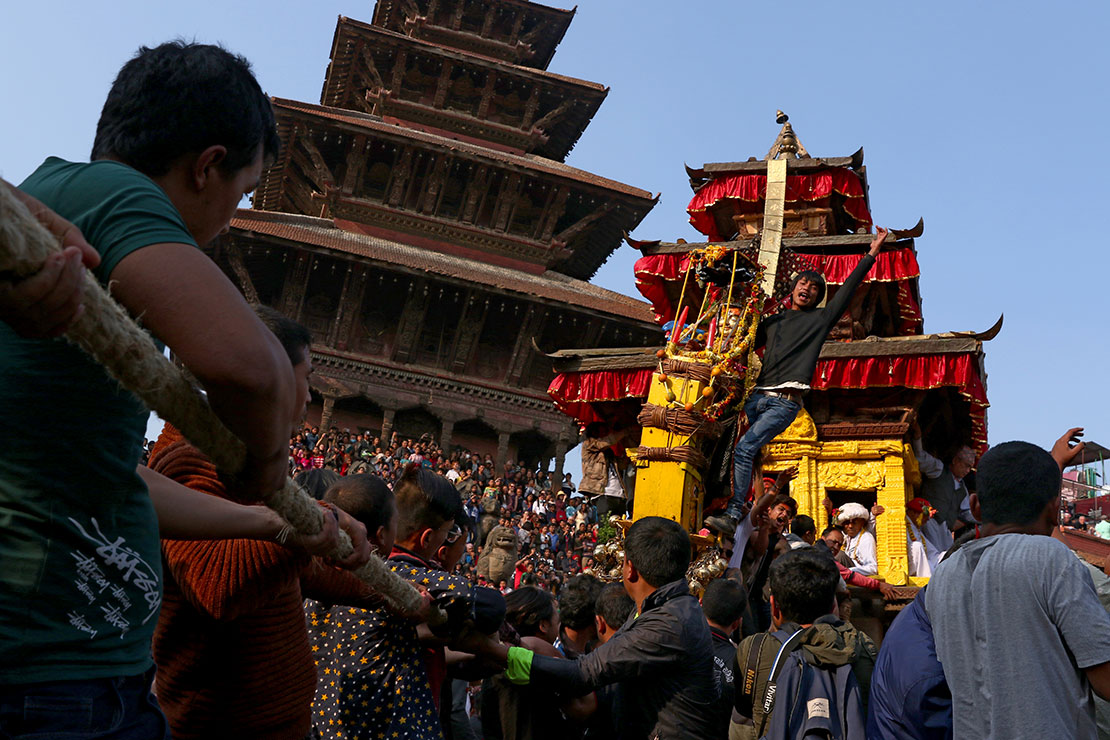 KATHMANDU, April 19: Nine people were injured after two groups of revellers clashed while pulling Bhairav’s chariot as a part of the Biska Jatra at Bashgopal area of Bhaktapur on Thursday night.

The incident occurred after the residents of two neighbourhoods started pelting stones at each other at around 12 on Thursday night.

The clash erupted on the last day of popular Biska Jatra after devotees from upper and lower quarters of the city started pulling the Bhairav's chariot at 5 pm on Thursday from Ga Hiti area. The two sides started pelting at each other when the chariot hit a local house at Bashgopal area in Bhaktapur. Clashes are common in this festival which is commonly known as Bisket Jatra.

IN PICS: Biska Jatra kicks off in Bhaktapur

BHAKTAPUR, April 10: The celebration of Bisket (Biska) jatra-- one of the popular religious festivals celebrated in the Kathmandu Valley--... Read More...

KATHMANDU, April 5: Locals of Bhaktapur have staged a protest against the decision of the local authority not to allow... Read More...

Passengers forced to pay higher fares for charter flights are requested to complain with documentary evidence
5 hours ago
Govt warns of action against those posting photos, videos in social media platforms without consent
4 hours ago