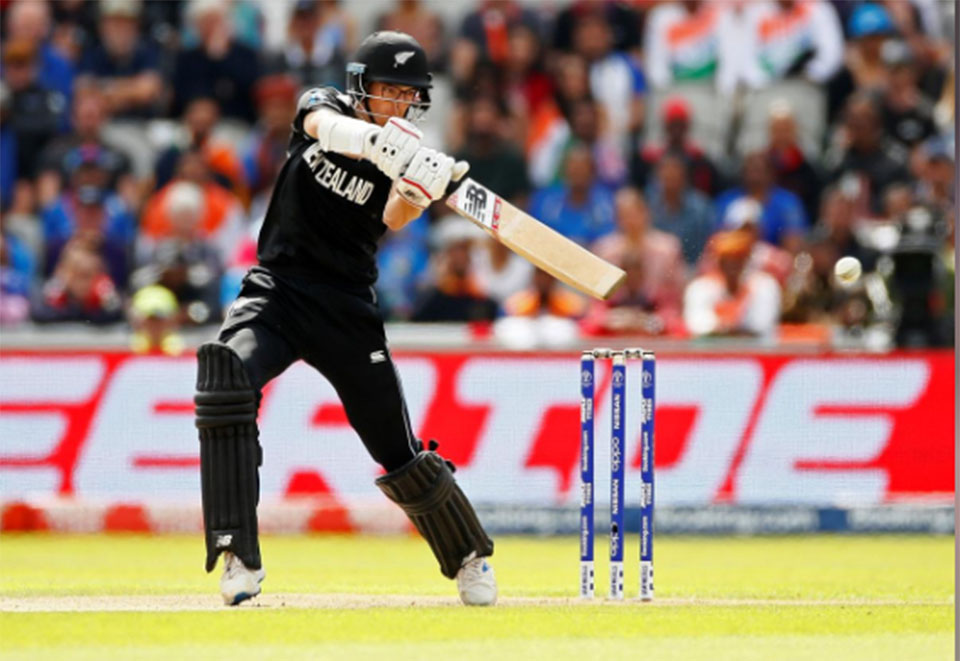 MANCHESTER, July 10: Half-centuries from captain Kane Williamson and Ross Taylor helped New Zealand to a modest 239 for eight against India in the rain-hit first Cricket World Cup semi-final at Old Trafford on Wednesday.

Resuming on the reserve day at 211-5, New Zealand added 28 runs from the remaining 23 deliveries as Taylor top-scored with a gutsy 74.

Williamson won the toss on Tuesday and opted to bat at a venue where teams batting first had won all five previous matches in the tournament.

India’s new ball pair of Bhuvneshwar Kumar (3-43) and Jasprit Bumrah, both of whom began with maiden overs, bowled with impeccable discipline while spinner Ravindra Jadeja was also very economical with the ball and characteristically superb in the field.

Yuzvendra Chahal, the only specialist spinner in India’s side, conceded 63 runs in his 10 overs but claimed the important wicket of Williamson who made 67, his fourth 50-plus score of the tournament including two centuries.

India’s trusted five-bowler policy nearly backfired with Hardik Pandya hobbling off the field due to a hip injury before returning to complete his full quota of 10 overs on Tuesday.