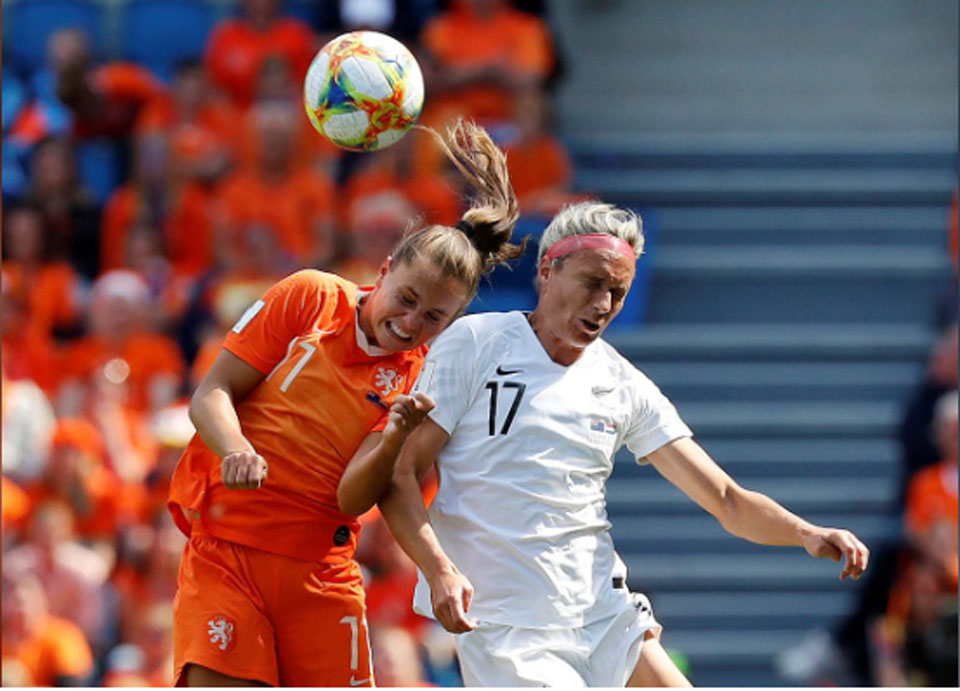 June 14:  New Zealand’s heart-breaking defeat by the Netherlands in their women’s World Cup opener had ignited an even bigger fire in the bellies of the Football Ferns ahead of their next encounter against Canada, midfielder Katie Bowen said.

New Zealand kept the eighth-ranked Dutch at bay until a Jill Roord header in the 92nd minute sealed the three points for the European champions.

“You can’t dwell on the Netherlands game,” Bowen said in Grenoble ahead of Saturday’s game.

“We put in a good performance, unfortunately it was heart breaking conceding in the 92nd minute but in a tournament like this you can’t dwell on it.

“We have a bigger fire in the belly after that loss.

“We have to focus on Canada. We want the three points.”

Bowen expected Canada to be just as tough as the Dutch but Tom Sermanni’s team are convinced they can get a result.

“They have been playing together a long time. They’re very structured,” the 25-year-old said.

“They’re top five in the world, they’ll give us a go but I think we can meet them head on.”

New Zealand qualified for four previous women’s World Cups but have never advanced beyond the group stage and have set the last 16 as a minimum target in France.

They came into the tournament on a high after a 1-0 win against heavyweights England in London and goalkeeper Erin Nayler said the Netherlands performance had only built on that.

“We are very happy with the way we are playing, so we just have to keep going forward,” said the 27-year-old, who plays her club football in France.

“It is do-or-die but we can’t focus on that. We just have to focus on the way we play and try to get three points against this team.”

CHRISTCHURCH, Aug 6: The scars from the nine bullets the gunman fired into Temel Atacocugu run down his left side... Read More...