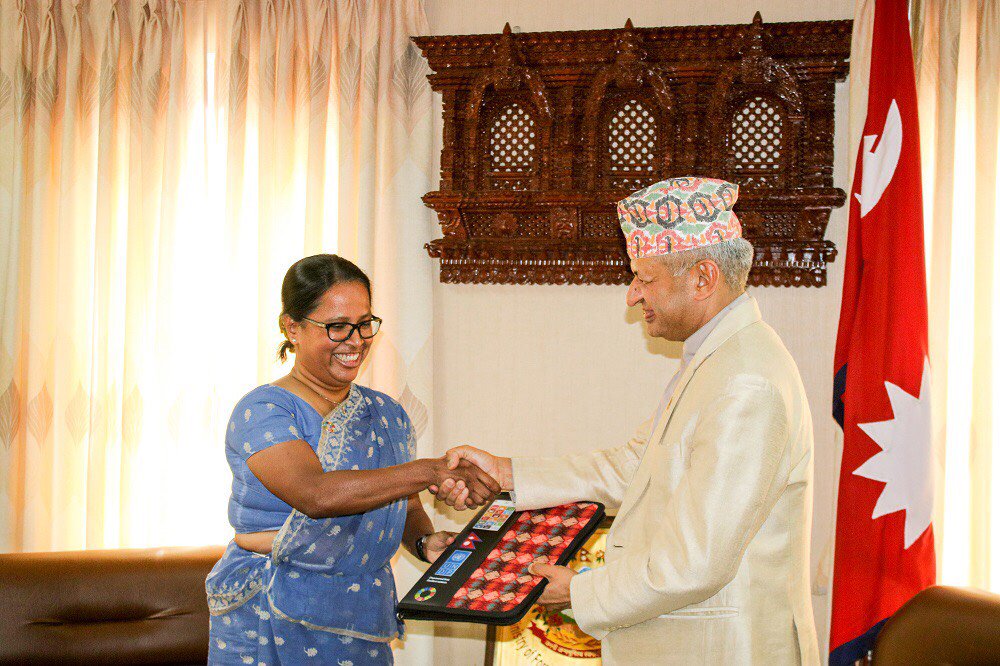 Receiving the credentials, Minister Gyawali congratulated Labe and appreciated UNDP for its continued support to promoting inclusive economic growth in Nepal. He also expressed the desire of the Nepal government to ensure enhanced partnership with the UN to achieve the Sustainable Development Goals (SDGs). “All our policies and programs are aligned with the SDGs. We are committed to achieving the Global Goals before 2030,” Gyawali said

On the occasion, Resident Representative Labe expressed UNDP's commitment to continue work alongside the government and the people of Nepal in their pursuit of sustainable development. “With flagship programs in the areas of building resilience, creating jobs and promoting democratic governance, UNDP will continue to collaborate with the government, the civil society and the private sector in helping address the national development priorities,” she said.

Labe also said that tourism, which can be a major driver of Nepal's economy, will be another new area where UNDP expects to engage in the coming years. Labe has been working with UNDP for over a decade in various capacities, most recently serving as the Deputy Resident Representative at UNDP in Morocco.

According to the Ministry of Foreign Affairs, the newly-appointed UNICEF Representative Elke Wisch, too, presented her letter of credence to Minister Gyawali at the latter's office on Thursday.

KATHMANDU, July 3: Minister for Foreign Affairs Pradeep Gyawali has called for an enhanced level of international cooperation in tackling the... Read More...