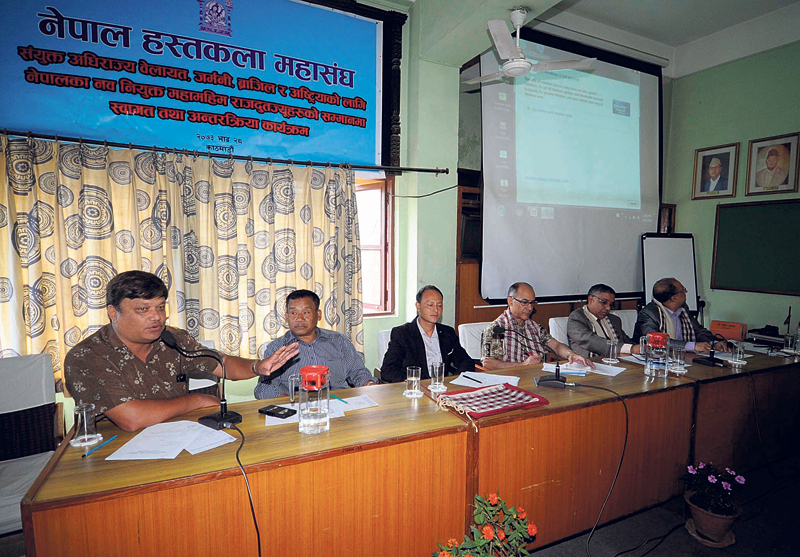 KATHMANDU, Sept 13: Nepal’s new ambassadors to the United Kingdom, Germany, Brazil and Austria -- as a group -- are busy these days holding discussions and interactions with industrialists and people in the private sector seeking their view on economic priorities and interests to promote the same abroad.

Private sector executives say they have never before been approached by this number of ambassadors at the same time and the meetings have helped build up the confidence of the private sector to approach ambassadors directly on economic issues and better coordination is expected.

All four ambassadors -- Durga Bahadur Subedi for the UK, Ramesh Khanal for Germany, Tara Pokhrel for Brazil and Prakash Subedi for Austria -- are career diplomats. They were appointed by President Bidya Devi Bhandari last week.

Talking to Republica, Ramesh Khanal, Nepal’s ambassador to Germany, says he and his colleagues are busy meeting with private sector representatives and industrialists to take stock of how they can promote Nepal’s economic interest in Germany.

“We are now discussing with the private sector about the practical aspects of Nepal’s economic priorities in the country we will represent Nepal in,” Khanal says. He, however, calls the series of meets as merely doing a kind of homework.

Khanal and the three other envoys met executives of the Federation of Nepalese Chambers of Commerce and Industry (FNCCI) on Sunday.

FNCCI President Pashupati Murarka says he urged the ambassadors to promote Nepali products and also take the initiative to promote Nepal to more potential tourists and as well as invite foreign investment in hydropower, tourism and other sectors.

“Despite the investment climate not being so conducive, they should highlight the competitive advantages in investing in Nepal,” Murarka told Republica.

“Having experienced meeting only a few ambassadors in the past, we can say these types of meeting definitely help build confidence in us to approach ambassadors while going to those countries for business promotion,” Murarka says. The newly-appointed envoys also met with executives of the Confederation of Nepalese Industries (CNI). They held a talk with officials of the Federation of Handicraft Associations of Nepal on Tuesday.

Khanal also pledged to hold proper coordination with the private sector in Nepal while promoting Nepal and its economic priorities in Germany.

Nepal’s Ambassador to Pakistan Sewa Lamsal Adhikari has also met with FNCCI executives, according to Murarka. 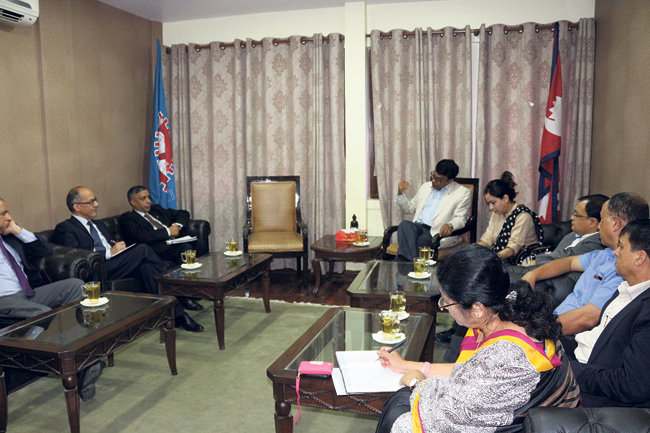