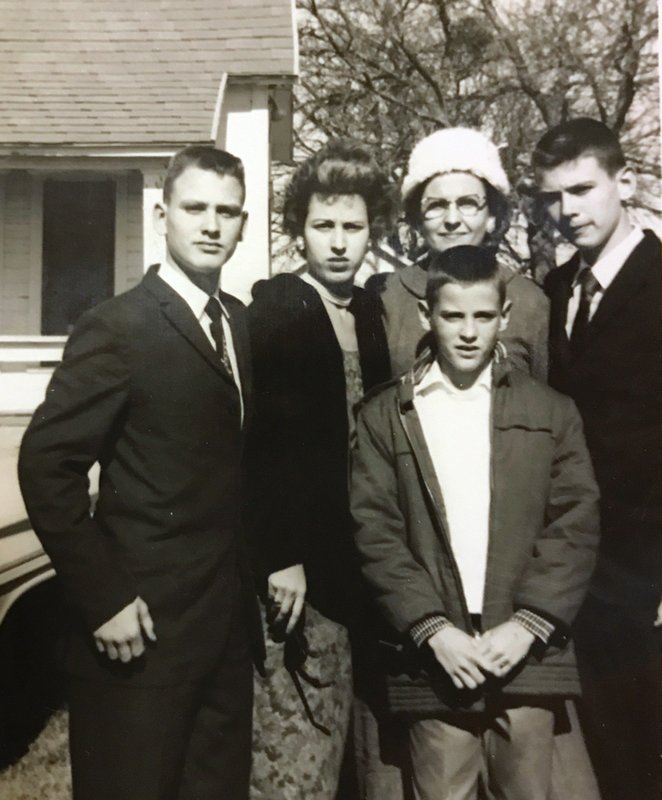 IOWA, Oct 31: Just after Thanksgiving Day in 1983, James Downey dropped off his older brother, John, at a Houston bus station, then quickly turned away so neither the police nor a motorcycle gang affiliated with his brother could later demand details about where the bus was headed.

For 34 years, he didn’t hear a word about him. Then this spring Downey received a heart-breaking call, one that more than 200 families across the country have gotten in the last few months since the FBI began using new fingerprint technology to resolve identity cases dating back to the 1970s.

Authorities reported that the remains of a man found beaten to death decades ago along a brushy path in Des Moines, 800 miles away, had been identified as his brother.

“We always figured something had happened to him,” James Downey said from his home in Houston. “We all assumed he’d got killed somewhere or died in an accident.”

Since launching the new effort in February, the FBI and local medical examiner offices have identified 204 bodies found between 1975 and the late 1990s. The cases stretch across the country, with the largest number in Arizona, California, New York, Florida and Texas.

“We didn’t know the actual potential success. We were hoping to identify a few cases, maybe five or 10,” said Bryan Johnson, a manager in the FBI’s Latent Fingerprint Support Unit who proposed the effort. “We’re really proud that we found another way of doing this.”

Under the new program, Johnson and eight others in the FBI unit ran fingerprints from about 1,500 bodies through a new computer algorithm that could make matches from low-quality prints or even a single finger or thumb. Previously, the standard algorithm typically needed quality prints from all 10 fingers to make a match.

The unit is now urging local authorities to search through other old case files and send in smudged or partial prints that couldn’t previously be matched.

The FBI’s newfound ability was key to the Des Moines case because by the time Downey’s body was found in February 1984, it had been buried under snow and dirt for months and was severely decomposed. Authorities sought the public’s help in identifying the body, including publishing drawings of distinctive tattoos in the local newspaper, but no one came forward.

“We know he was murdered and dumped in this area but Des Moines police never really developed any leads on it and basically forgot about the case,” county Medical Examiner Greg Schmunk said.

It was one of several cases that medical examiner investigators called “shelf dwellers,” referring to cremated remains that would sit for decades on storage shelves.

But the fact that this was a homicide and the unusual tattoos — including a skeleton clad in Nazi garb and a cartoon figure wearing a hat and smoking a cigarette — prompted investigators to rummage through police archives and resubmit the single available thumbprint into the Missing and Unidentified Persons System, called NamUs.

They were shocked months later when the FBI’s Johnson called to confirm they had matched the thumbprint to prints of Downey taken after an earlier arrest in Texas.

About 40 percent of the identifications through the FBI’s new process have been cases in Arizona. Most are people who died while attempting to make the dangerous desert crossing from Mexico.

“If you can remove one of these charts, have one family reach out to you to confirm an identity, some of that weight on us is removed,” Anderson said.

In nearby Yuma County, Arizona, the FBI fingerprint initiative enabled authorities to finally identify a young woman whose body was found in 1999 near the Colorado River, where she was killed with a shotgun blast to her face.

For Sgt. Ryland Croutch, the identification of the victim as 18-year-old Angel McAllister, through a match with an earlier smudged print, was a relief. He’d been assigned to the killing only a few years after starting his job with the Yuma County sheriff’s office, and as the years passed had promised himself that he’d discover her identity before retiring.

“She was such a pretty young girl,” said Crouch, now 58. “And it sounds like she was smart, but she had some demons, people she liked to hang out with who were dangerous.” He said he’s hopeful that investigators now can find leads to her killer.

Aden Naka, assistant director for forensics investigation in New York City, said many of the new identifications there were of bodies found in water, with some dating back to the early 1990s. Once they had a match, Naka said, staffers tried to find relatives or aid a criminal investigation if one is open.

“This matters tremendously,” Naka said. “Everyone deserves a name.”

CHITWAN, Dec 12: Bodies of three more persons, who went missing in Trishuli river on November 29, have been found. Read More...

KATHMANDU, April 19: A dead body of a person was found on the 2nd floor of a mini market based... Read More...