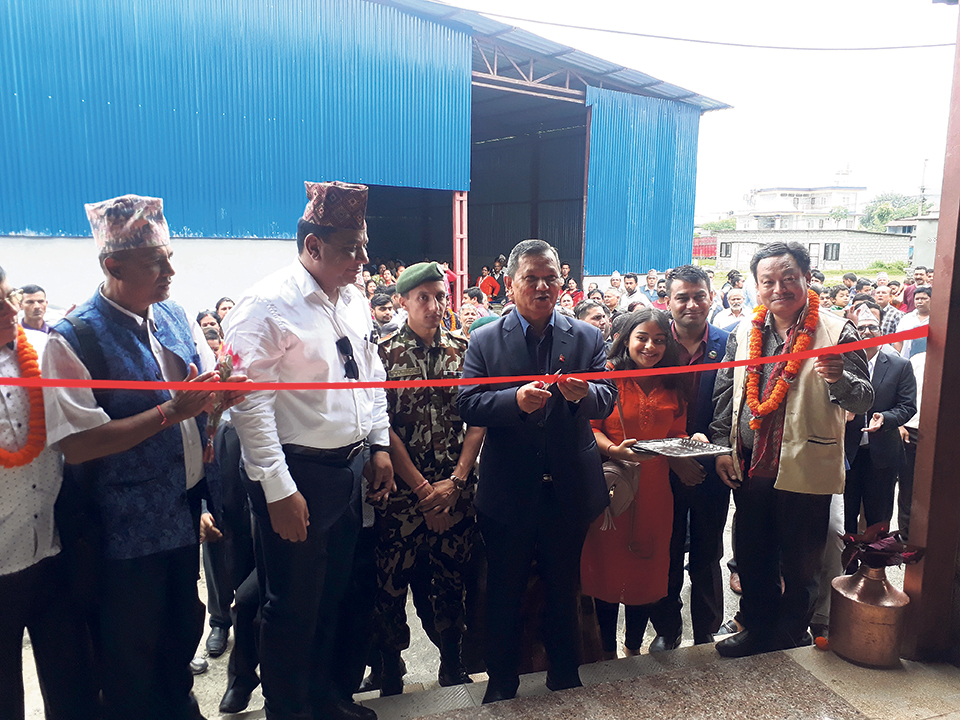 POKHARA, Sept 15: Pokhara Agriculture Cold Store, which is said to be equipped with all modern facilities, has been opened under public-private partnership model in Pokhara.

The cold storage targets storing fruits, vegetables and seeds. It will also be used to ripen fruits, as per the concerned officials.

According to co-investor Paudel, fruits including apples, orange, mango, banana, guava, litchi, grapes and pears can be ripened and kept without any chemical process in the storage.

There was no cold storage for vegetables in Pokhara. However, the place had one for the storage of potatoes.

Chief Minister of Gandaki Province Pritihivi Subba Gurung said that the establishment of cold storage was an initiation to support the livelihood of farmers and alleviate poverty in the region. He also said that the provincial government will bring Contract Farming Act to utilize the unused agricultural land. “We want to focus on commercial farming,” said Gurung.

The cold storage will solve the problem of the marketing aspects of the farmers and also provide healthy fruits and vegetables to the customers, said Lekh Bahadur Thapa Magar, minister for Land Management, Agriculture and Cooperative, Gandaki Province.

Income tax filing, payment become online for taxpayers with up to annual transaction of Rs 2 million

KATHMANDU, July 16: The government has introduced a new system for small taxpayers, allowing them to make electronic payment of... Read More...

KATHMANDU, July 16: Nepali Congress (NC) has concluded that the importance of the upcoming monetary policy for the current fiscal... Read More...

Income tax filing, payment become online for taxpayers with up to annual transaction of Rs 2 million
15 minutes ago