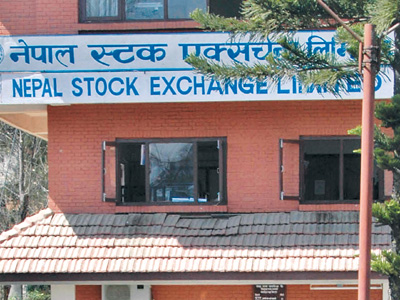 Says can't implement the system in mid-November as promised earlier

KATHMANDU, Nov 8: Nepal Stock Exchange (Nepse) has backtracked on its promise of bringing the fully automated online trading system into implementation within mid-November.

Organizing a press briefing in Kathmandu on Tuesday, officials of the Nepse said that the stock exchange company won't be able to bring the online trading system into within the stipulated timeframe as promised earlier.

The Nepse had signed a contract with YCO Pvt Ltd on April 19 for supply, delivery, installation and commissioning of the Internet-based trading system. However, in a press meet held on July 6, Saud's predecessor had said that the new system will come online by mid-November after completing test in mid-August.

Saud said that the press briefing was organized to clarify about the progress and deadline stated in the contract with the supplier so that the market and investors do not have impression that the newly appointed CEO was delaying implementation of the online trading system.

The fully-automated trading system will allow investors to place their orders for buying or selling shares online, while everything, including payment, clearing and settlement, will be carried out electronically.

According to Nepse officials, the new online trading system is less likely to come into implementation before mid-June next year. “Efforts are being made to bring the online trading system into effect within the timeframe set in the contract with the supplier,” said Saud, claiming that works related to develop and implement the new system, which was stalled in the absence of the CEO, have gained momentum after he assumed office.

KATHMANDU, June 24: Nepal Stock Exchange (Nepse) has announced that it will bring the fully-automated online trading system into operation from... Read More...