KATHMANDU, July 17: A Nepali youth residing in Banaras in India has been tortured and made to chant anti-Nepal slogans by a group of Indian Hindus on Wednesday, according to India media reports.

A Facebook video has gone viral where a Nepali youth is being tortured by Indian nationals, forced to shout ‘Jai Shri Ram’ and chant slogans against Prime Minister KP Sharma Oli. They [a group of Hindus] also forcefully shaved his head and wrote ‘Jai Shri Ram’ on his scalp.

The incident comes at a time when PM Oli said that Hindu deity Ram was born in Thori of Nepal, and real Ayodhya lies in the southern part of Nepal. He also accused India of creating an artificial Ayodhya by manipulating the facts.

The incident in Banaras was recorded and shared by Arun Pathak, president of Varanasi-based Vishwa Hindu Sena. He, along with other youths, forced the Nepali youth to praise India for providing livelihood opportunities to Nepali nationals.

According to Indian newspapers, Banaras police have registered an FIR at Bhelupur police station and necessary action is being taken.

Pathak has warned that Nepali nationals residing in India will have to face the consequences of Oli's statement if PM Oli doesn’t retract his statement. 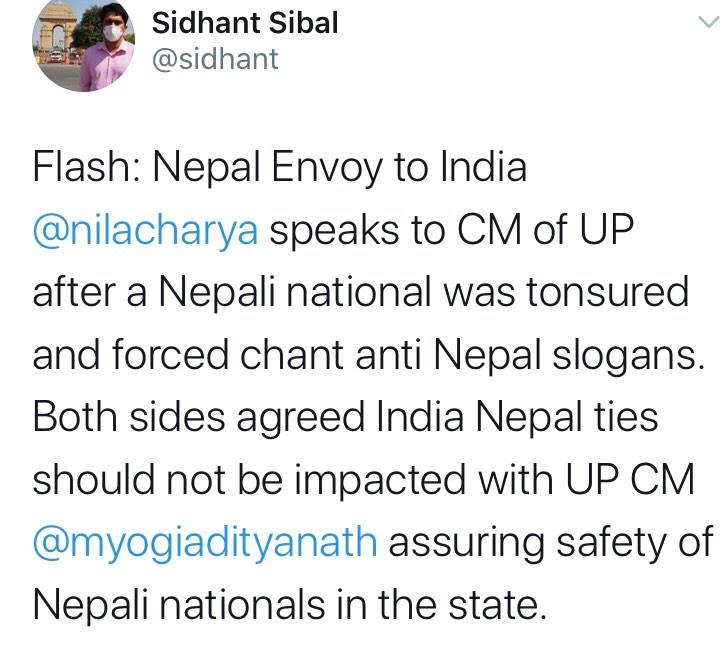 KATHMANDU, July 19: Varanasi Police has claimed that the man who was tonsured and made to chant anti-Nepal slogans in... Read More...