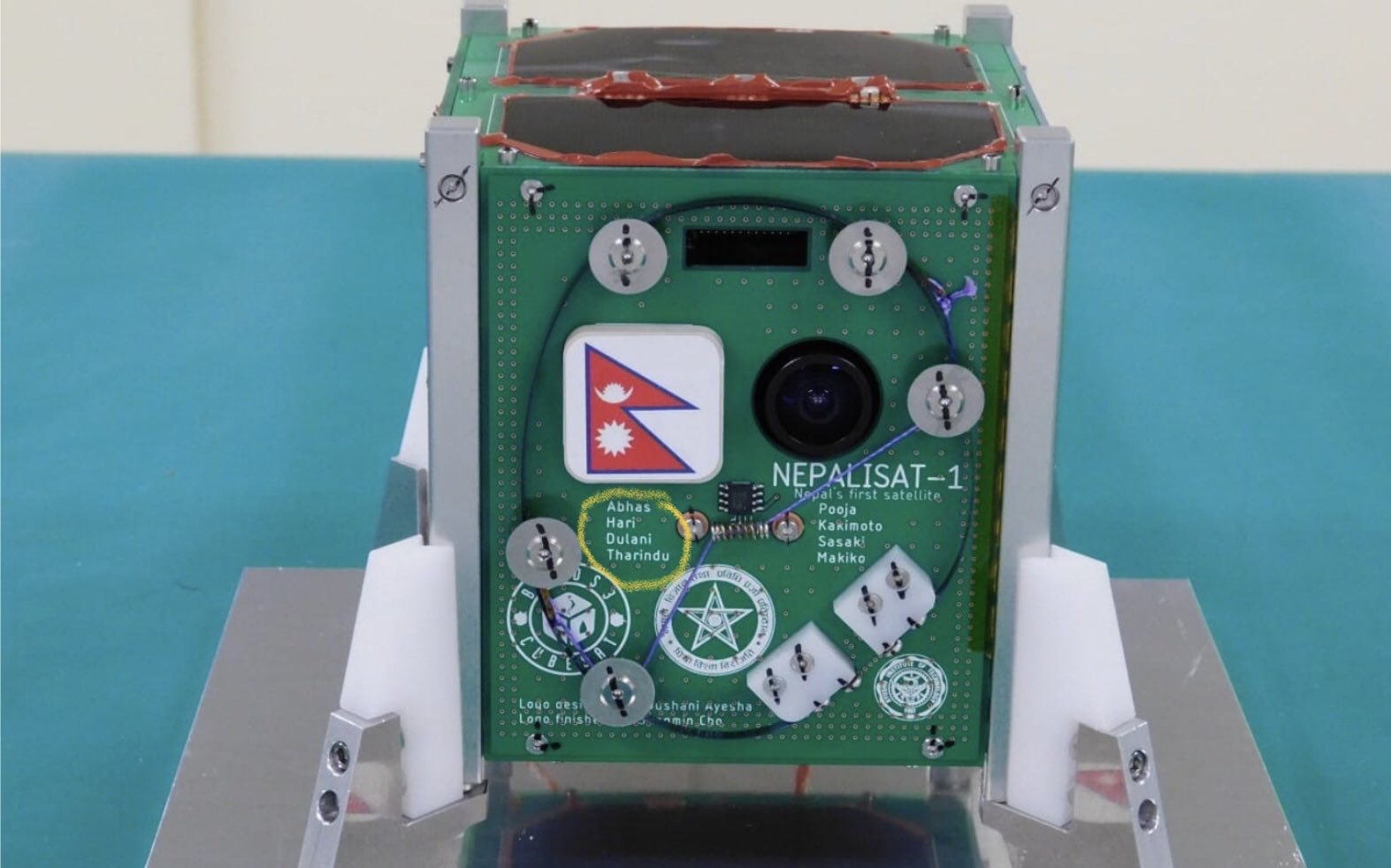 KATHMANDU, April 19: Nepali scientists launched a satellite on Thursday morning in the very first such endeavor. The satellite has Nepal’s national flag printed on its side.

The satellite named ‘NepaliSat-1’ was launched at 2:31 am Nepali time from Virginia in the United States, according to Nepal Academy of Science and Technology (NAST). The nano satellite that weighs 1.033 kilograms has a maximum life of three years. It will orbit the earth at 400 km above the earth’s surface.

Nepali scientists Aabhas Maskey and Hari Ram Shrestha, who are currently studying at the Japanese Kyushu Institute of Technology at Kyutech University, developed the satellite under the BIRDS 3 project in coordination with a university team of eight members, including three from Japan, one from Bhutan and two from Sri Lanka.

Maskey, who completed his master’s in aerospace engineering from South Korea, is currently a PhD student. He is the team manager and initiated the development of the satellite. Shrestha is an employee at NAST and a master’s degree student.

The Nepali satellite was sent into space along with Sri Lanka’s Ravana-1 and Japan’s Yu Gui Shu. The satellite will traverse the skies of Nepal over 5-10 minutes and is expected to send images with five-megapixel cameras.

Nepal does not have its own ground station yet to connect with the satellite and receive data and information.

Prime Minister KP Oli and government spokesman Gokul Banskota have congratulated Nepal and the Nepali people on the successful launch of the satellite.

“Though a humble beginning, NepaliSat-1 has launched Nepal into the Space-Era,” Oli tweeted. “I wish to congratulate all those scientists and institutions that were involved right from the development [of the satellite] to its launching thereby enhancing the prestige of our country.”

NepaliSat-1, with the Nepali flag and the NAST logo printed on it, will be kept at the International Space Station for a month and then sent into orbit around the earth, according to NAST authorities.
The total cost of satellite development is estimated about Rs 20 million including NAST’s investment of Rs 14.2 million and human resources mobilization. It was developed over nearly two years.

Meanwhile, it is learnt Nepal is preparing to loan a satellite from France at a cost of Rs 20 billion.
Critics, however, have questioned the significance of the nano satellite.

Uttam Babu Shrestha, a PhD in Environment Science from the University of Massachusetts in Boston, tweeted that launching a nano satellite into space is a matter of happiness. “However, publicizing it as a satellite of the usual kind is like exaggerating a steamboat into an ocean liner,” said Dr Shrestha, who is also a Research Fellow at the Institute for Agriculture and the Environment, University of Southern Queensland, Australia. “Even universities have such satellites. Let’s not make any more noise about it.”

Though it is miniature in form, it is of significance as an initial attempt, said Dr Suresh Kumar Dhungel, spokesperson for NAST. “We are installing Nepal’s own ground station to connect with the satellite within one and a half months,” he said, adding however that the satellite just launched can’t be used as professional equipment.

KATHMANDU, April 18: This is the first time in the history of Nepal that it has launched its own satellite on... Read More...

KATHMANDU, April 18: Vice President Nanda Bahadur Pun has said it was a matter of pride and happiness for Nepal... Read More...