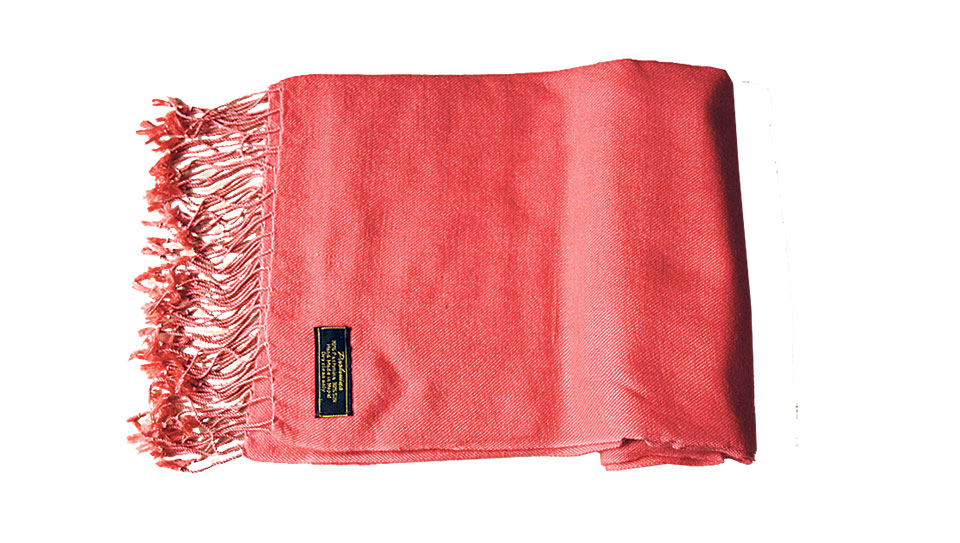 KATHMANDU, Feb 2: The Nepali pashmina industry has not been able to boost its business despite being listed in the high priority export list of the government due to lack of publicity and failing to produce the raw material domestically.

The product has been given the tag of high export potential items by the government since Nepal Trade Integration Strategy 2010, which received the continuity even in the highly ambitious government program that was revised in 2016. The product receives cash incentive of 2-5% of the export value.

Durga Bikram Thapa, president of Nepal Pashmina Industries Association, said that the product is facing slump with high production cost resulting from failing to boost the backward linkage and insufficient publicity in the international market. “Although various international organizations have launched programs for the promotion of the product, they have failed to help notably in the production of the pashmina wool,” said Thapa.

Apart from the government facilitation, the pashmina industry also receives aid from international organizations such as the World Bank and the International Trade Centre (ITC), a multilateral joint agency under the World Trade Organization and the United Nations. The World Bank is investing $115 million in livestock production including chyangra farming under its Nepal Livestock Sector Innovation Project for 2017-23. The international lending institution has been investing in the project to make Nepal self-reliant in production of meat, milk and pashmina wool.

In the past, the International Trade Centre had provided $1.8 million to improve the quality of the production and design and to promote the collective trademark Chyangra in the international arena through its Pashmina Enhancement and Trade Support project. The project lasted from 2014 till 2017. It was supposed to extend the second phase of the project, but is reluctant to do so due to the slow progress of the Nepali pashmina sector.

Thapa said that these programs also could not help at the farmers' level to boost production of pashmina wool. According to Thapa, even the World Bank-run project in pashmina has so far posted a gloomy picture. “In the past three years, the project remained focused mainly on purchase of animal feed and hefty spending on the consultation fees, making nominal reach at the grass-root level,” he added.

The World Bank study entitled 'Trade policy reforms for the twenty-first century: the case of Nepal,' published in 2017, shows more than 90% of Nepalese exporters directly import some of the components of their finished goods from other countries.

Many Nepali export businesses are sensitive to high production costs compared to other developing countries that are better integrated into the global value chain, leading to low export volume. As these businesses also fail to create significant job opportunities locally to help alleviate poverty, Nepal needs to make serious changes to its trade policies in order to drive growth and achieve its goal of becoming a middle-income country by 2020, the report states.