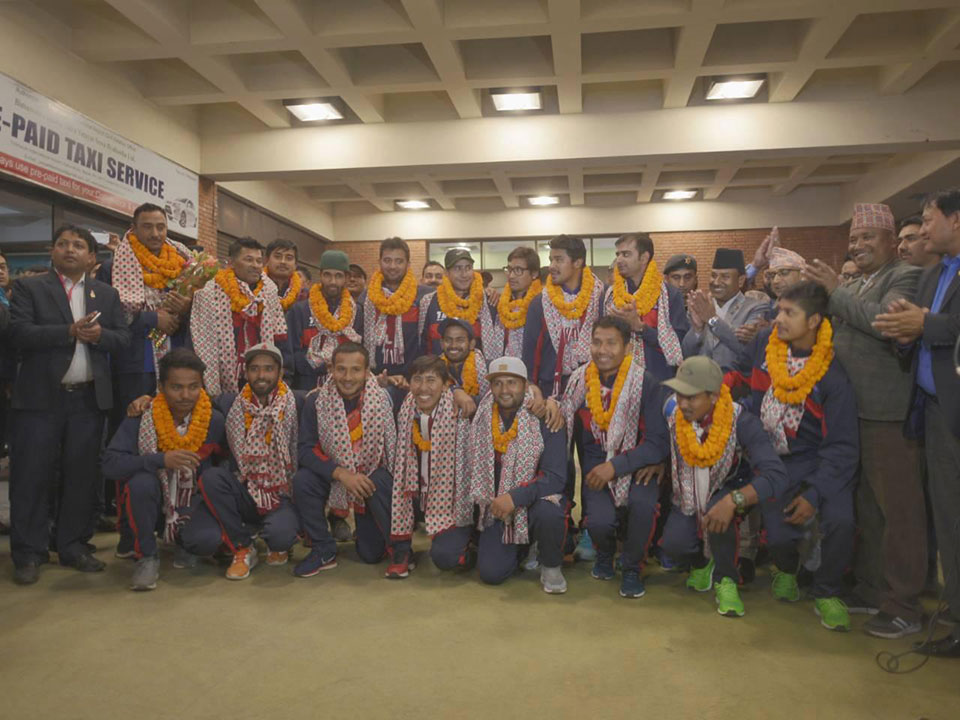 Nepali National Cricket Team posing for a photo upon arrival at the Tribhuvan International Airport from Zimbabwe on Monday. (Bijay Gajmer/Republica)

Talking to journalists, Skipper Paras Khadka said, “We are happy to return home with One Day International (ODI) Status. We should now institutionalize the achievements made so far in the sector of cricket.”

Similarly, Khadka has also urged the concerned stakeholders to resolve the disputes seen in the Cricket Association of Nepal and build infrastructure for domestic cricket matches.

In an historic turn of events for Nepali cricket, the Nepal team  earned One-Day-International (ODI) status under the International Cricket Council (ICC) for the first time since Nepal was recognized as an Associate Nation by the apex global cricketing body in 1996.

Nepal has been awarded the ODI status for a four-year period until the next World Cup qualifiers. All Nepali players playing the first ODI will be making their debuts. Nepal will also get an opportunity to participate in the much coveted ICC Inter-continental Cup, a marquee four-day event outside the Test world contested by nations with ODI status only.