Nepali envoy to US gets term extension 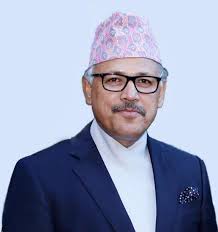 KATHMANDU, May 10: The government has extended the term of Nepali ambassador to the US, Arjun Kumar Karki. His four-year term expired earlier this week.

Minister for Communications and Information Technology Gokul Banskota said a cabinet meeting on Monday decided to extend Karki’s term until a new envoy is appointed in his place. The Sushil Koirala-led cabinet back in 2015 had appointed Karki as Nepali envoy to the US.

The decision by the government to extend Karki’s term comes in the wake of the ruling NCP leaders appreciating him for making the recent US visit of NCP Chairman Pushpa Kamal Dahal ‘successful’. Dahal had visited the US for the treatment of his wife amid concerns that he could face arrest over his involvement in human rights violation during the Maoist conflict era.

Interestingly, Foreign Minister Pradeep Gyawali had earlier announced to start appointment process of new ambassador three months before the expiry of their term. This provision has been incorporated in the new criteria developed and endorsed by the cabinet in November for the appointment of ambassadors. But this term extension decision shows the government’s ad-hoc work approach.

With the decision of the government to recall Nepali envoy to Qatar Ramesh Koirala recently, at least half a dozen diplomatic missions abroad are without ambassadors. Let alone starting the appointment process three months before the expiry of the term, the government has not yet started the process to appoint envoys in these missions.

The government had recalled ambassadors to South Korea, Spain and Bangladesh in December-end, citing poor performance. While the Nepali embassy in South Africa is without ambassador after Amrit Rai was recalled and deputed as Nepal’s Permanent Representative to the UN, the envoy to Australia, Lucky Sherpa, had resigned about two months ago after she was accused of “human trafficking”.

KATHMANDU, Oct 18: The ambassador of Nepal to the Republic of Peru, Durga Prasad Bhattarai on Tuesday presented his letters... Read More...