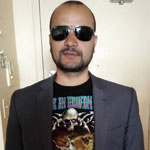 A federal election to determine all 226 members of the 45th Parliament of Australia will take place on Saturday 2 July 2016. Voting is compulsory by law in Australia. There will be directly elected seats for the 150-member House of Representatives (lower house) and proportional representation in the 76-member Senate (upper house).

Major political parties in Australia are: 1 AUSTRALIAN LABOR PARTY is Australia’s oldest political party, formed in 1890. 2 LIBERAL PARTY is the major non-Labor party. The current party was founded by Robert Menzies in 1944. 3 THE NATIONALS is a rural-based party, originally known as the Country Party. 4 AUSTRALIAN GREENS was formed in the 1980s. The Greens is now the dominant minor party. In addition to winning Senate seats in all states, the Greens are now winning House of Representatives seats and lower house seats in various states. 5 AUSTRALIAN DEMOCRATS was Formed in 1977 by Don Chipp. The Australian Democrats was once the most successful minor political party in Australian history. It held or shared the balance of power in the Senate for over 20 years but has had no representation in the Senate since 2008.

Recently, a formal wing of the Labor Party, Nepali Friends of Labor, has been registered and is being coordinated by Ganesh KC and Gowa Kattuwal. It has 2 dozen members. Both KC and Kuttuwal are former NRNA leaders.

Nepalis are also getting involved in the Liberal party actively. They also have groups and committee as supporters. But these groups are not quite like the formal committee of the Labor Party. Whichever party wins the election, the Nepali community will get an opportunity to be a part of Australian society in the mainstream elections. The evolvement and recognition seems small but it is vital for the future of the Nepali Diaspora in Australia. The way Nepalis are becoming active and getting involved in different sectors of the Australian society including politics is like the early morning rays.

KATHMANDU, August 21: The government has announced to hold the provincial and federal parliamentary election on November 26. ... Read More...