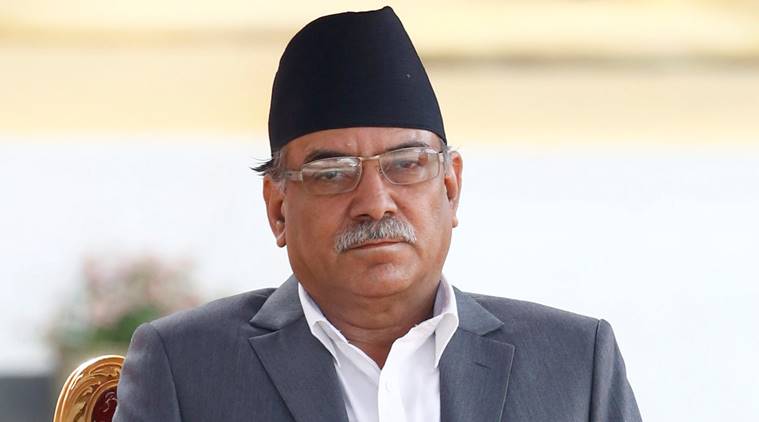 KATHMANDU, Feb 27: Prime Minister Pushpa Kamal Dahal has said that Nepal will soon formally sign a Memorandum of Understanding (MoU) with China to become part of its One Belt One Road (OBOR) initiative.

During a meeting with a 41-member OBOR delegation at his residence at Baluwatar on Sunday morning, Prime Minister Dahal said Nepal expects to benefit from the opportunities that China's OBOR project offers. "We will soon sign an MoU to formally become a part of the OBOR, and benefit as much as possible from it," advisor to the   OBOR Trade and Investment Platform-Nepal Kush Kumar Joshi  quoted the prime minister as telling  the delegation at the meeting.

According to Joshi, who is a former chairman of the Federation of Nepalese Chamber of Commerce and Industry (FNCCI), the OBOR delegation comprised investors keen to invest in Nepal in various areas such as highways, airports, hydropower development, agriculture and tourism. "The projects under OBOR are very important for the development and prosperity of Nepal," said the prime minister, while lauding the initiatives taken by the OBOR Trade and Investment Platform.

The meeting with the OBOR delegation from China has come after Nepal's recent communication of its position on becoming a part of OBOR. The letter was sent amid concern that inordinate delay on the part of the Dahal government in expediting the MoU could make Nepal's participation in the project uncertain.

Although Nepal has already agreed in principle to join the OBOR project,  delay on the part of the Dahal government in signing of the MoU had left Nepal's participation uncertain.

In 2015, Nepal signed the article of agreement for becoming a founding member of the China-funded Asian Infrastructure Investment Bank (AIIB), which is supposed to extend investments in building the infrastructure necessary for implementing the Silk Road Initiatives, later renamed OBOR. Then foreign minister Mahendra Bahadur Pandey in the Sushil Koirala government had expressed commitment to becoming part of the new initiatives, and a similar commitment was reiterated by KP Sharma Oli when he visited China as prime miister in March, 2016 against the backdrop of the Indian economic blockade.

While the government has yet to formally sign the MoU on OBOR, China has already opened an office of the OBOR Trade and Investment Platform in Nepal. Established for now as a non-profit organization, this body acts as facilitator for links between Nepali entrepreneurs and businesspersons with their Chinese counterparts in order to promote investment and trade interactions between the two countries.

OBOR Trade and Investment Platform-China has over 30,000 industrialists, investors and businessperson, mostly state-sponsored, as members.

Besides linking businesspersons and investors with businessperson and government officials concerned in other countries, the OBOR Trade and Investment Platform is set to issue quality certificate to ensure that goods traded under this initiative meet the required standards of quality.

According to Joshi, OBOR Trade and Investment Platform-Nepal has helped Nepali businesspersons, industrialists and investors  develop links with their Chinese counterparts. "We recently took a 41-member Nepali delegation to China to promote links in China," he told Republica.

This is the second visit of the OBOR Trade and Investment Platform-China to Nepal in three-months. The delegation this time will also participate in the Nepal Investment Summit being held in Kathmandu March 1-2.

MoU signed between Nepal and China

KATHMANDU, July 30: The Government of China is to provide assistance through various projects in the social development endeavors of... Read More...

Raute people gear up to celebrate Dashain
10 hours ago