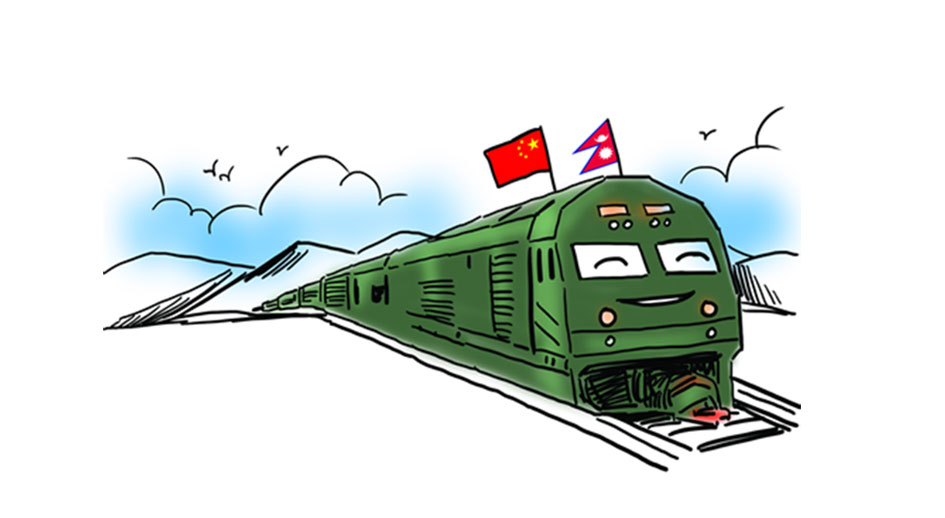 KATHMANDU, June 18: A Nepali delegation left for Beijing on Monday to hold discussions with the Chinese side on the feasibility study for a Kerung-Kathmandu Railway project.

Officials said the discussions will revolve around conducting a feasibility study and preparing a Detailed Project Report and also on the investment modality.

The Nepali delegation led by Secretary at the Ministry of Physical Infrastructures and Planning Devendra Karki is to hold talks with officials from the Chinese National Railway Authority in Beijing, as agreed during the third Nepal-China Railway Meeting held in Kathmandu back in December.

The two countries are now in the process of conducting the feasibility study for the railway project, for which the Chinese side has already assured assistance of Rs 2 billion in grant, according to officials.

Although the inclusion of a Nepal-China Trans-Himalayan Multi-Dimensional Connectivity Network including the Nepal-China cross-border railway in the joint communique issued after the Second Belt and Road Forum for International Cooperation in April revived the prospect of a Chinese railway line to Nepal, the cross-country railway has remained uncertain over the funding issue. The Nepal government has requested the Chinese side to build the multi-billion dollar railway under grant—something for which China has not given its word.

Speaking during a press conference organized by the Chinese embassy here recently, Chinese Ambassador to Nepal Hou Yanqi had said that the construction of a railway in the difficult geography of the highest place in the world is a challenging task that not only requires further scientific study but also patience.

During Prime Minister KP Sharma Oli’s visit to Beijing in June, 2018, the two countries had agreed to set up a Trans-Himalayan Multi-Dimensional Connectivity Network with a view to enhancing wide-ranging connectivity including through ports, roads, railways, aviation and telecommunications.

KATHMANDU, June 4: The Investment Board of Nepal has given nod for a feasibility study to set up solar energy... Read More...

KATHMANDU, April 27: A joint communique issued after the conclusion of the Second Belt and Road Forum for International Cooperation... Read More...