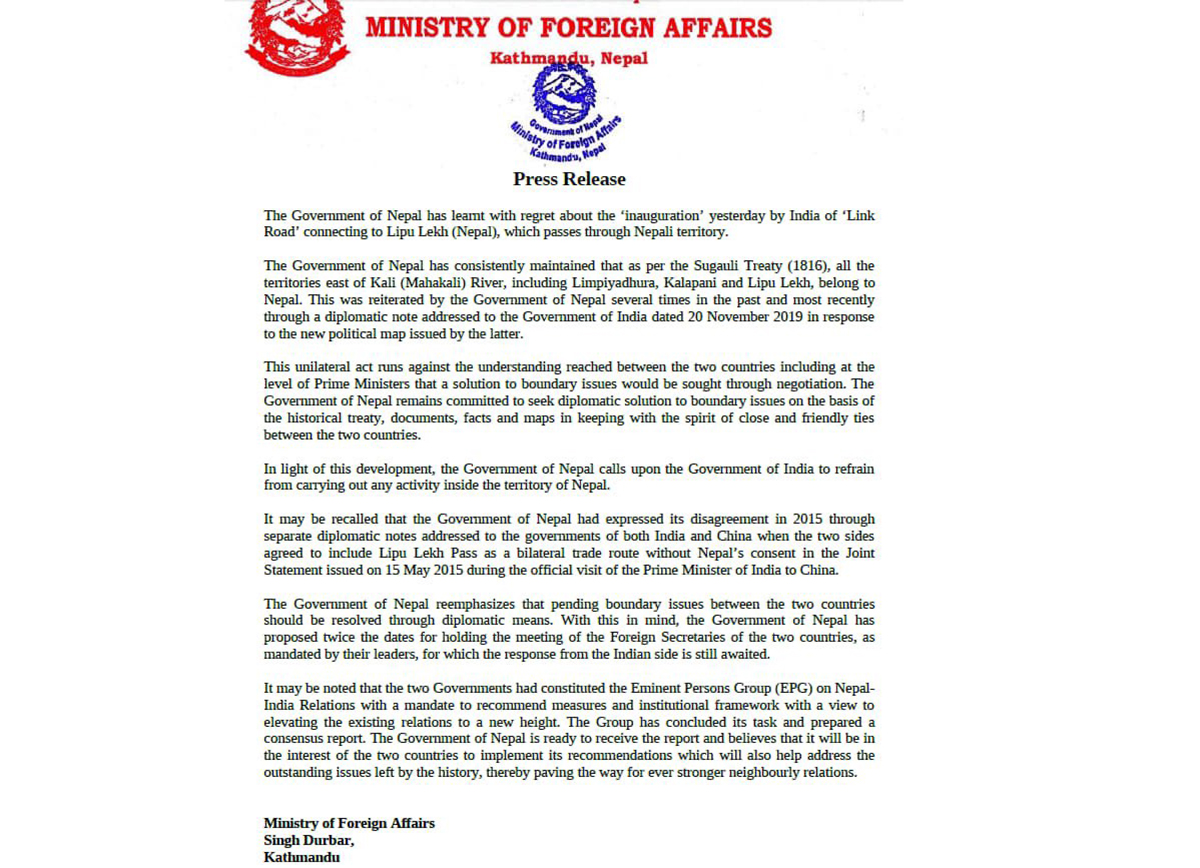 KATHMANDU, May 9: Nepal has strongly objected to the construction of a strategic link road by the Indian government connecting Dharchula of the Indian State of Uttarakhand with the Tibetan Autonomous Region (TAR) of China via the Lipulekh Pass, a Nepali territory.

On Friday, India's Defence Minister Rajnath Singh announced the completion of the link road to be used for Indian pilgrims to Mansarovar of Tibet via the Lipulekh Pass.