Nepal should not agree to 'China-India Plus' cooperation model, says NCP chairperson Dahal 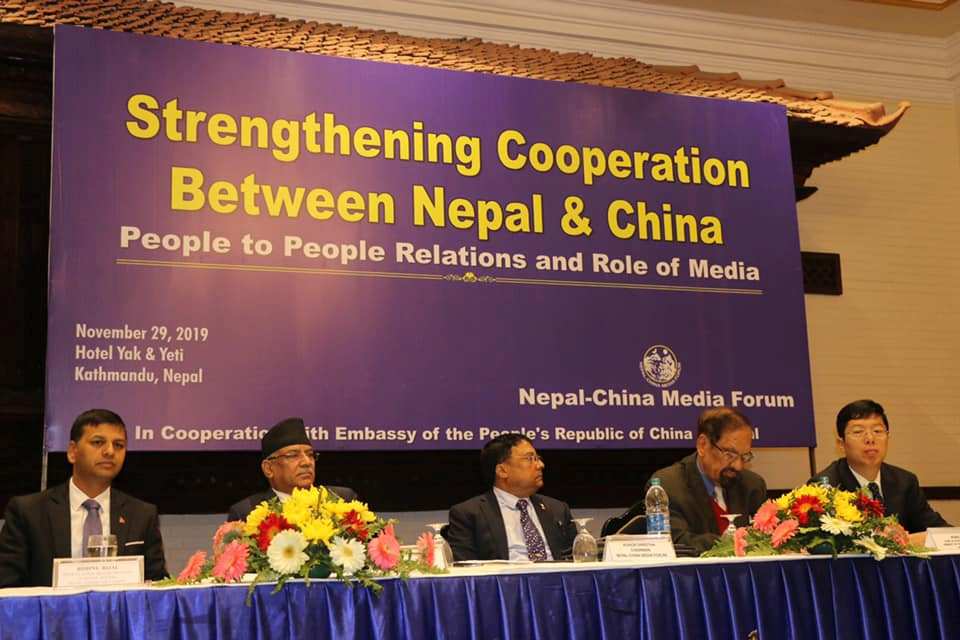 KATHMANDU, Nov 29: Chairman of the ruling Nepal Communist Party Pushpa Kamal Dahal on Thursday said that Nepal should not agree to 'China-India Plus’ cooperation model pushed forward by the two immediate neighbors.

Inaugurating a one-day seminar entitled "Strengthening Cooperation Between Nepal and China; People to People Relations and Role of Media" organized by Nepal-China Media Forum in the capital, Dahal said that Nepal is in favor of trilateral cooperation between China, Nepal and India, but not the 'China-India Plus ' concept.

"I believe, the China-India Plus or 2+1 concept does not talk about equal shares between China, Nepal and India, rather, it suggests that the first two countries will have bigger roles and the third one will have fewer roles when it comes to forging such partnership," he said.

Dahal who has been pushing forward the idea of having a trilateral strategic partnership between China, Nepal and India for long, stressed that this type of partnership should be formed on the basis of equality.

"Nepal cannot become merely a transit point between the two immediate neighboring countries. Rather, Nepal should also have its equal share when we forge such partnership," he said.

Dahal, who is also the former prime minister, said that there should be a strategic trilateral partnership between China, Nepal and India.

"Recently, Chinese President Xi Jinping visited Nepal after spending some hours in India. Why did he do so? We also need to take these things into consideration," he said while suspecting that Xi and Modi might have developed some sort of common understanding vis-à-vis their relationship with Nepal.

Dahal's remark has come one and half months after Xi paid separate visits to Nepal and India in the second week of October this year.

According to media reports, Chinese President Xi and Indian PM Narendra Modi dwelt on "China-India Plus" cooperation model when they met during an informal summit in India's Chennai on October 11 and 12.

During the meeting, Xi and Modi had underscored the need to explore the gradual expansion of the "China-India Plus" cooperation to South Asia, reports said.

In another context, Dahal said that India's continued encroachment upon Nepali territories is intolerable adding that the border-related issues should be resolved through diplomatic and political dialogues.

"Nepali territories Kalapani and Susta have been encroached by India for long. These border issues should be resolved through dialogue. This is an opportune time for the government to take up this matter with India since there is an all-party consensus on the issue," he said.

He also said that media can play a significant role to foster ties between the two countries. "In this era of advanced technology, media plays huge role to enhance ties between societies and countries. Connectivity through media is also equally important," he said.

On the occasion, Chairman of Nepal-China Media Forum Kishor Shrestha said that media plays a crucial role to promote friendly ties between Nepal and China. "Nepali media rely on Western media like BBC and Reuters to know about China. I think we need to change this," Shrestha said. He also stressed the need to promote people-to-people ties through media.

Speaking at the program, Wang Xialong, the head of the press section of the Chinese Embassy in Kathmandu, said that the promotion of people-to-people relations is one of the components of a Memorandum of Understanding on Belt and Road Initiative (BRI) signed between Nepal and China in 2017.

"President Xi Jinping recently paid a successful visit to Nepal and one of the focuses of the visit was to promote the people-to-people contacts," he said. He also thanked Nepali media for their contribution to promoting China-Nepal relations. 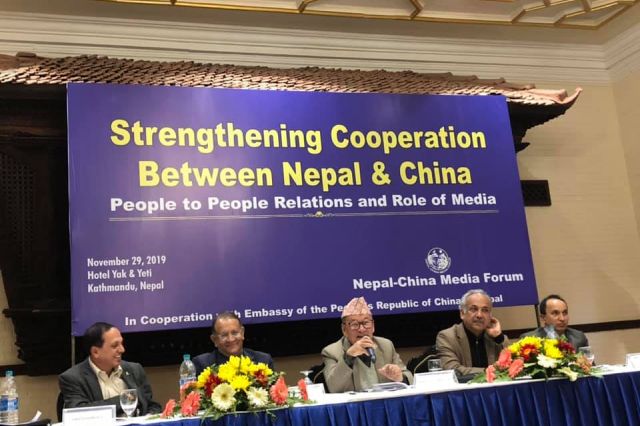 Alternatives to corporal punishment is even more effective

I was deeply saddened when a ninth grader, Madhav Kalauni of Mahakali Bal Vidyalaya of Kanchanpur district, died after being... Read More...