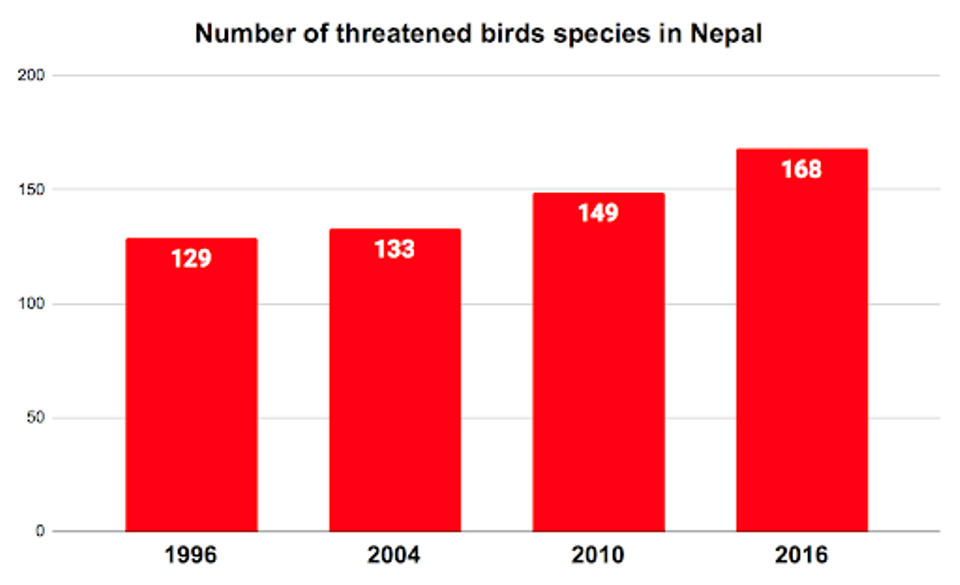 KATHMANDU, Dec 23: Gradual loss of jungles and wetlands has continued to take a toll on birds and other wildlife worldwide, and this reflects no less vividly in Nepal, according to ornithologists. Responding to a recently released 2020 red list updates on birds by IUCN, they said that 'single year's update alone may not look that worrisome, but the graph of trend is upsetting.'

"We started to count birds and identify their species here in Nepal a few decades ago. If we consider some 30 years ago and now, the number of endangered bird species are in the dozens. The year-to-year graph comparison may show just a slight difference," said Dr Hem Sagar Baral, national coordinator of National Waterbird Census and country representative, Nepal, of Zoological Society of London. "We have to be serious about wetlands, forests and the use of pesticides."

Nepal officially assessed bird species for the first time in 1996, when 129 species out of over 800 species were on the threatened list. Another assessment in 2004 showed 133 bird species were threatened. In 2010, the number jumped to 149. Study done four years ago showed 168 of the 888 bird species in Nepal are threatened, and another survey is yet to be carried out. Baral says that such results should make humans much more sensitive about nature. "Both in the national and global context, bird habitat and the habitat of other creatures have gradually shrunk." 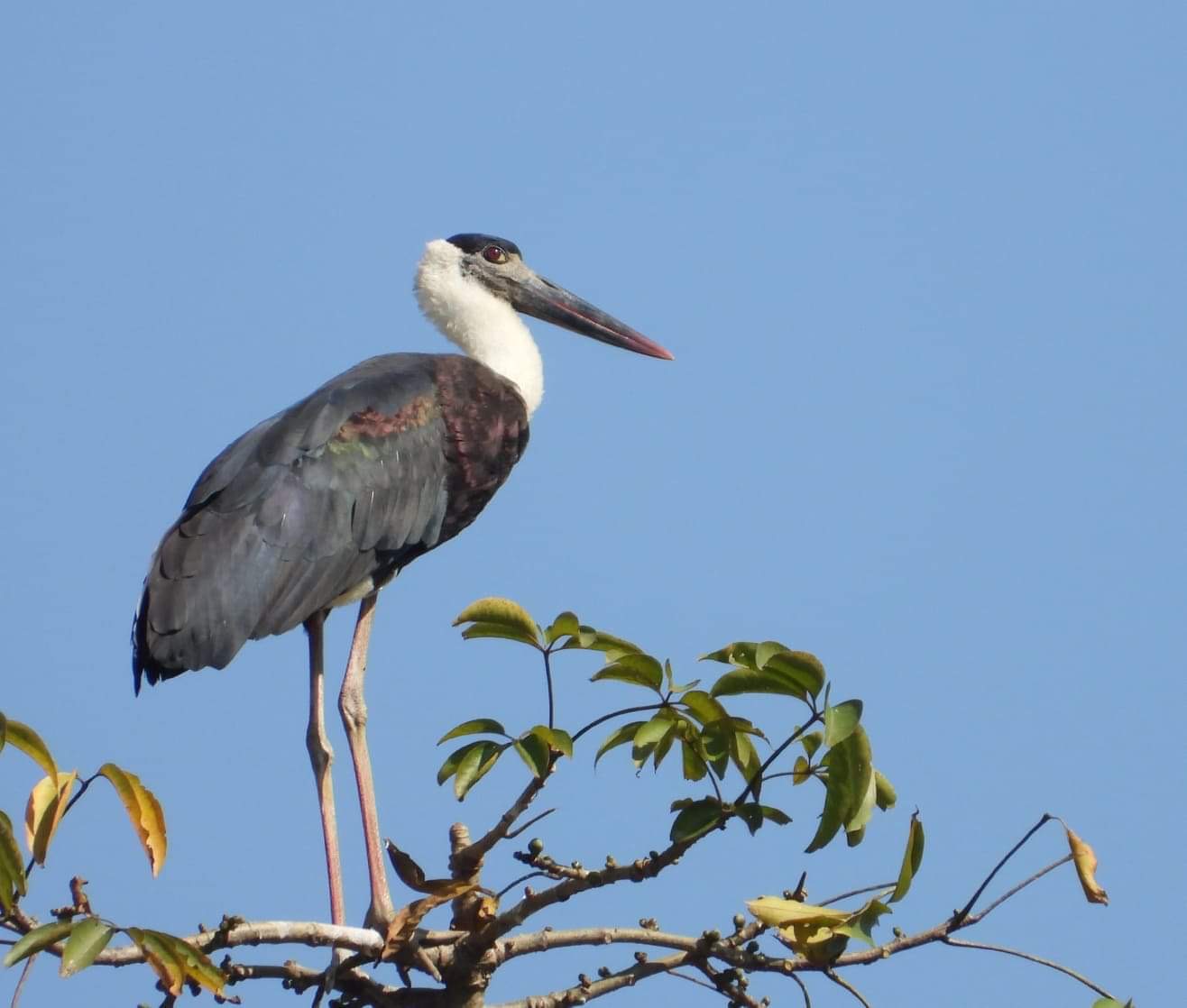 An image of Asian Woollyneck, now under threatened list of IUCN.

There were 44 bird species that were considered globally threatened, and the total number of bird species worldwide is around 11,000. As of 2020, two of those species -- Asian Wollyneck (Lobhi Paapi Garud), and Black Neck Crane (Kali Kanti Saras) are now in the safe zone while River Tern and Indian skimmer have moved to the list of threatened categories.  According to Krishna Prasad Bhushal, program manager at Bird Conservation Nepal, given Nepal's biodiversity strength and high number of birds, the conservation efforts should be equally serious. Nepal boasts of eight percent of the total bird species on earth.

"We have a lot to do. The fast disappearing wetlands are one of the reasons we have to be worried about," he noted.

Birds in Nepal and elsewhere, according to experts, increasingly face chemical poisoning, habitat damage and fragmentation and climate change, among other challenges. In Nepal, 12 national parks and several wildlife reserve areas in Banke, Bardiya, Khaptad, Langtang, Toshi Tappu, Dhorpatan, Api Nampa and Koshi Tappu, among others are known as the best habitat for birds and other wildlife.

Humanity has wiped out 60% of animals since 1970, major report finds

The huge loss is a tragedy in itself but also threatens the survival of civilisation, say the world’s leading scientists Read More...