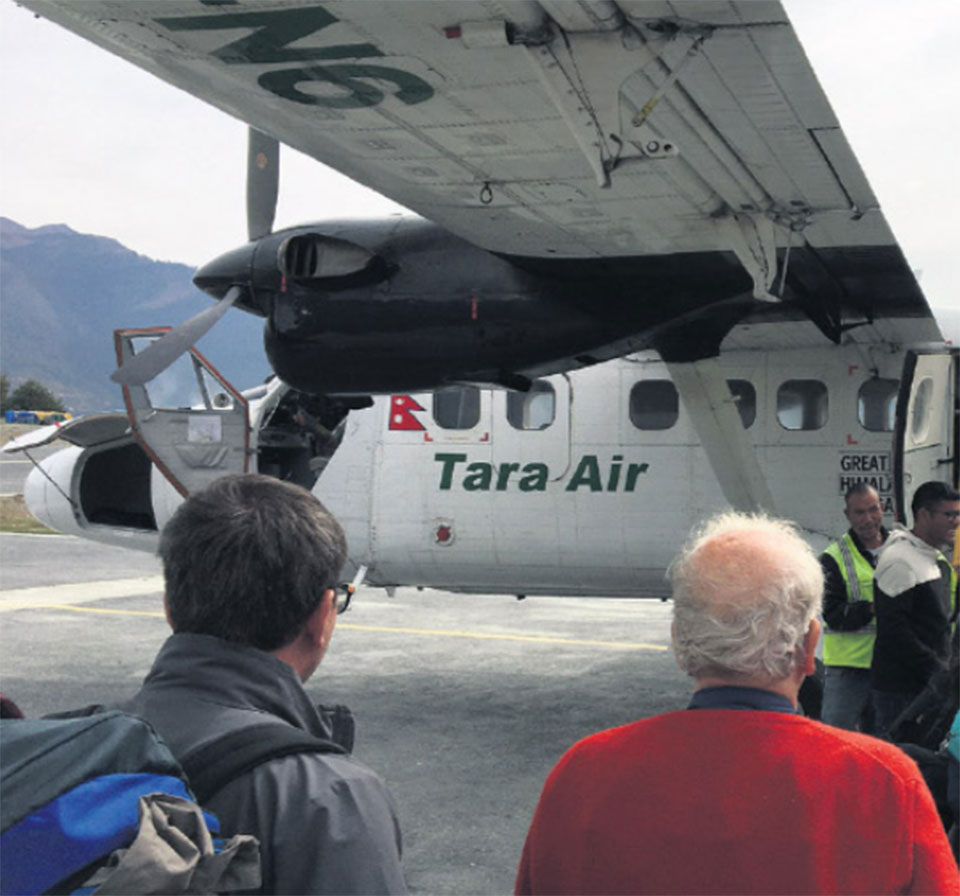 KATHMANDU, Nov 9: The arrival of tourists in Nepal has increased by 10% in October this year in comparison to the arrival in the same month last year.

Among the tourists, Chinese tourists had the biggest share occupying 10.45% of the total number followed by India with 8.83% share. Tourist arrival from India increased by 9.1% and reached 12,707 in comparison to the figures of October last year.

The number of tourists from South Korea decreased by 20.1% during the review month. Total 3,793 South Koreans had visited Nepal in October in 2018; the number decreased to 3,032 this year.

Total visitors from SAARC countries and Asia were 21,720 and 28,789, respectively. Likewise, the European arrivals have also surged with sustained growths from the key markets with 42,297 total arrivals in October. Arrivals from the United Kingdom, Germany and France in October 2019 were 8,672, 7,308, and 6,777 respectively. Total European visitors in first ten months of 2019 reached 199,003.

"The growth of international arrivals was possible only because of the synergy in our efforts along with the private sector, diplomatic missions, Nepalese diaspora, the media and other stakeholders," said Deepak Raj Joshi, CEO of Nepal Tourism Board.

Nepal has been carrying out promotional activities for the Visit Nepal Year 2020 campaign. With less than two months left before the launch of VNY 2020, stakeholders of tourism and hospitality industry have been coming up with offers and discounts for tourists taking their services during the campaign period.