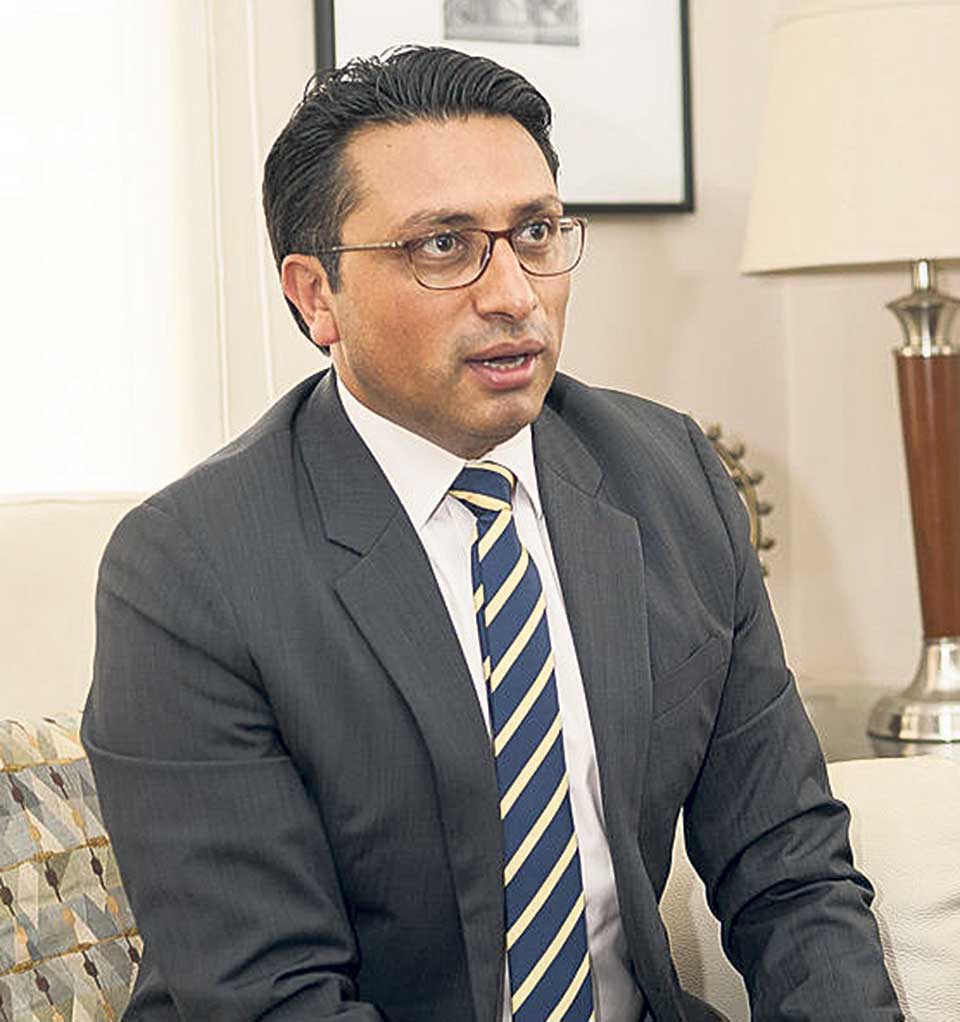 KATHMANDU, Nov 1: Nepal has fallen five places down to the 110th spot in the World Bank’s latest global ranking on the ease of doing business.

The World Bank’s ‘Doing Business 2019: Training for Reform’ report, released on Thursday, showed that Nepal’s performance has gone down in the ranking of 190 countries mainly on account of the cumbersome process of the country’s tax payment process.

Responding to Nepal’s performance, economist and former Vice-Chair of National Planning Commission Swarnim Waglé said: “This means that the government has not taken any major reform initiative in the last one year.”

Out of the 10 parameters used by the World Bank to judge the ease of doing business in Nepal, the performance in ‘Paying Taxes’ has deteriorated sharply.

In this topic, Nepal scored 52.87 points in the 2019 ranking, down by 5.14 points from 2018 score, to slip to the 158th position. The parameter measures payments, time, total tax and contribution rate for a firm to comply with all tax regulations as well as post-filing process.

This factor contributed to pushing the country down five places, according to the World Bank.

According to the annual ranking, Nepal made paying taxes more difficult through a 2017 labor act that introduced labor gratuity, medical insurance, and accident insurance paid by employers in a way that places a larger administrative burden on companies that already face considerable bureaucracy.

The labor gratuity is a particular burden as employers must file and pay it manually every month, whereas the medical and accident insurance is paid annually.

Among others, the performance of Nepal improved in four topics. Nepal fared better in terms of dealing with construction permits, starting a business, getting electricity, and registering property. The performance on the topic ‘Resolving Insolvency’ worsened marginally. However, there was no change in four parameters including getting credit, protecting minority investors, trading across borders, and enforcing contractors.

“Raising revenues for spending on social expenses is needed and possible. It will be critical to find ways to do this that do not overly burden companies with paperwork, taking time and resources away from generating profits to employ workers and spread prosperity,” a statement from the World Bank quoted Faris Hadad-Zervos, World Bank Country Manager for Nepal, as saying.

In South Asia, Nepal comes in the fourth position. India, with 88th in the global ranking, tops the list of the eight South Asian countries, followed by Bhutan (81th) and Sri Lanka (100th).

While talking about it in relative terms, other economies have made progress in reforms and moved ahead. Even if Nepal has not done anything, the progress of other countries on account of intensive reform outperformed us. For example, India has climbed up to reach the 77th place in 2019 from 130th in 2017. This was possible due to dramatic reforms in India in recent years.

If we do not improve our position, it will send out a message that Nepal is not a reform-oriented economy. This will become one of the indicators for investors. So, they may move toward other countries whose ranking is better than ours. 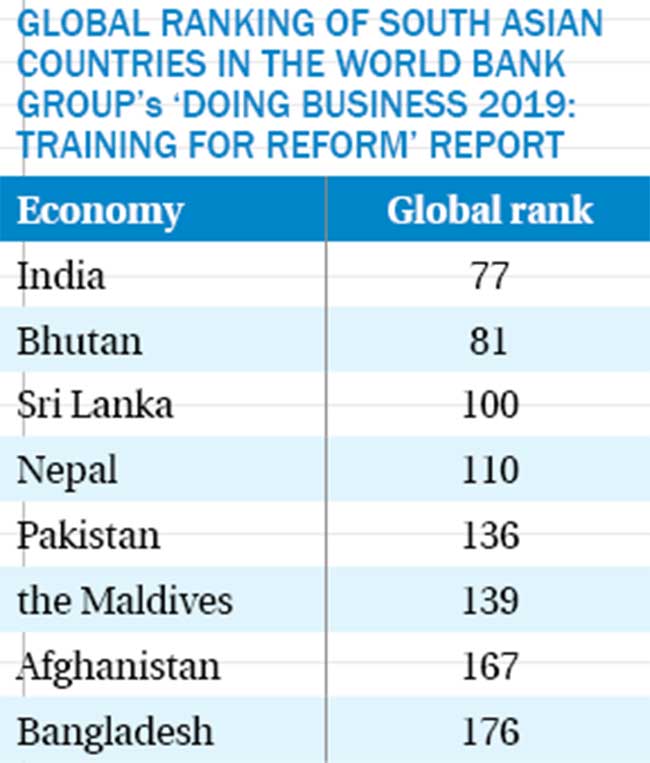 Fossil fuel-based vehicles should be converted into electric ones: Minister Jhakri
43 minutes ago