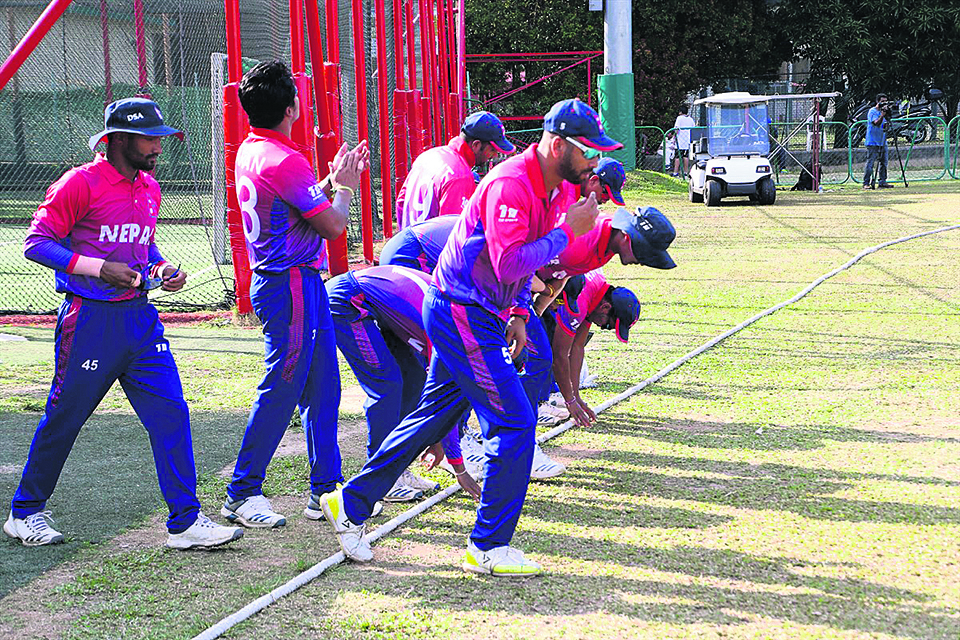 KATHMANDU, Aug 10: Nepal’s participation has been confirmed in the five-team T20I series that features Ireland, the Netherlands, Hong Kong and Oman after the International Cricket Council (ICC) approved Nepal’s proposal for the participation. The series is scheduled to start in the first week of October. Earlier, Nepal had received an official invitation from Oman Cricket to participate in the multi-nation series.

“The series was planned before the ICC WT20 Asia Finals as a part of preparations for the global qualifiers (ICC World T20 Qualifiers). But unfortunately Nepal was not able to qualify,” said Raman Shiwakoti, team manager of national cricket team, told Republica. The T20 international series is set to start on October 5 with Nepal facing Hong Kong in its first match next day.  All the matches will be played at Al Amerat Cricket Ground.

Shiwakoti had mailed the ICC seeking official approval for the team’s participation few days ago which was ‘a matter of formality’, according to Shiwakoti. ICC finally approved the participation on Friday.

Nepal will play its final league match on October 10 against host team Oman before departing for home on next day whereas rest of the four teams will head toward the United Arab Emirates (UAE) for the global qualifier.

Similarly, Nepal is scheduled to face the Netherlands and Ireland on October 7 and 9 respectively. The team with most wins at the end of league round will be declared champions. In case of tie on points table, head to head (between the two teams) and net run rate will be the deciding factor to choose a winner.

The global qualifier for the T20 World Cup, to be held in Australia, was scheduled for October 11 to November 3. Nepal missed the opportunity to seal its place after losing to Singapore in the winner-takes-all final league match between the two teams.

The loss came as huge setback as Nepal was regarded as heavy favorites to qualify for the global qualifiers.

Oman had hosted Ireland, the Netherlands, and Scotland in similar kind of series earlier this year at same venue. Played in a single round-robin format Scotland tipped fellow European nations on net run rate to win the title.

Nepal is taking on Kenya in the second match of the ICC World Cricket League at the TU Cricket Ground... Read More...