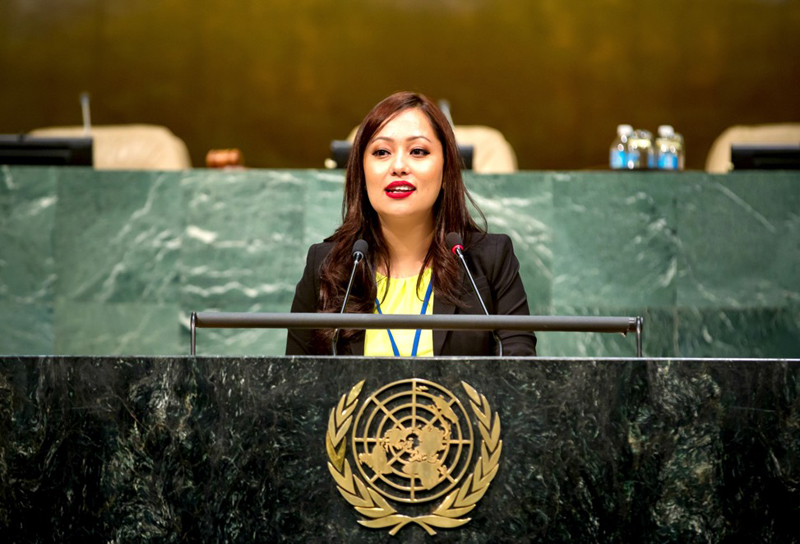 Jolly Amatya, a Nepali youth from Lalitpur, who has been currently living in Washington DC, has been appointed as the chairperson of the Youth Assembly at the United Nations.

As the chairperson of the Youth Assembly, Jolly will lead over 1,000 participants from 97 countries.

“I am very happy to get this opportunity. This leadership opportunity is significant in my life,” Jolly told Republica Online.

Born as the eldest daughter to father Jagadishman Amatya and mother Krishna Amatya, Jolly has been the youngest and the first Nepali youth to become the chairperson of the Youth Assembly in the history of the United Nations.

“The Youth Assembly at the United Nations is the largest and longest-serving assembly. This unique forum will encourage dialogues,” she said.

She chaired the assembly held at the UN headquarters in New York from August 10 to 12.

“I take this great responsibility as an opportunity to learn and grow in my career,” she told Republica Online, adding, “I will not leave any stone unturned to fulfill my responsibilities during my tenure as the assembly chair.”

Two killed in mini truck accident in Dhading
10 minutes ago