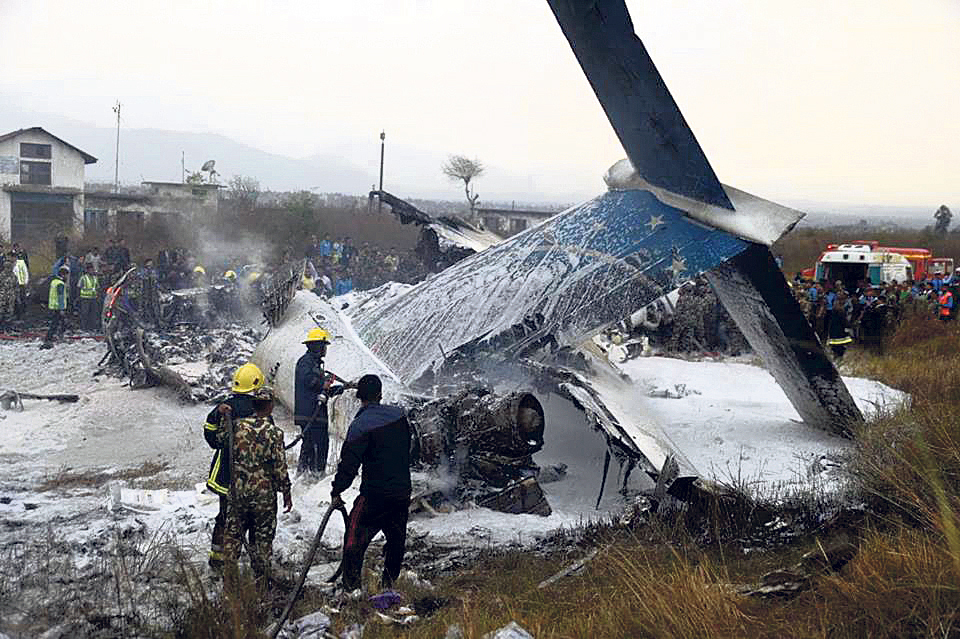 REPUBLICAThe treaty raises compensation for international fliers
KATHMANDU, Aug 24: The parliament ratified the Montreal Convention on Thursday, paving the way for passengers of international flights to get insurance coverage of up to 113,100 Special Drawing Rights (SDR), or US$ 157,996 in current exchange rate, in case of death or injury.

The multilateral treaty adopted by a diplomatic meeting of ICAO in 1999 raised the limit of the insurance coverage for air passengers to 113,100 SDR from the previous limit of 100,000 SDR.

SDR refers to a type of monetary reserve currency created by the International Monetary Fund (IMF) that operates as a supplement to the existing money reserves of member countries. The valuation of 1 SDR was $1.4 on Thursday.

Experts say that the Montreal Convention is based on a principle of strict liability for carriers. For example, the air carrier will have to bear liability regardless of its fault if the compensation falls within 113,100 SDRs.

“Being a party to this convention will not only boost the confidence of air passengers and tourists but also enhance the image and reputation of Nepal in the international community,” Minister for Culture, Tourism and Civil Aviation, Rabindra Adhikari, said in a press note issued by the ministry.

According to Adhikari, the bill to ratify the Montreal Convention will pave the way for air passengers for entitlement of higher compensation. “The ratification is required because this will send a message that the Government of Nepal is accountable and responsible toward air passengers,” he added in the statement.

KATHMANDU, April 22: Nepali officials have made a briefing to the International Monetary Fund (IMF) about the country’s preparation and implementation... Read More...