Nepal ranked 33rd most fragile state in the world 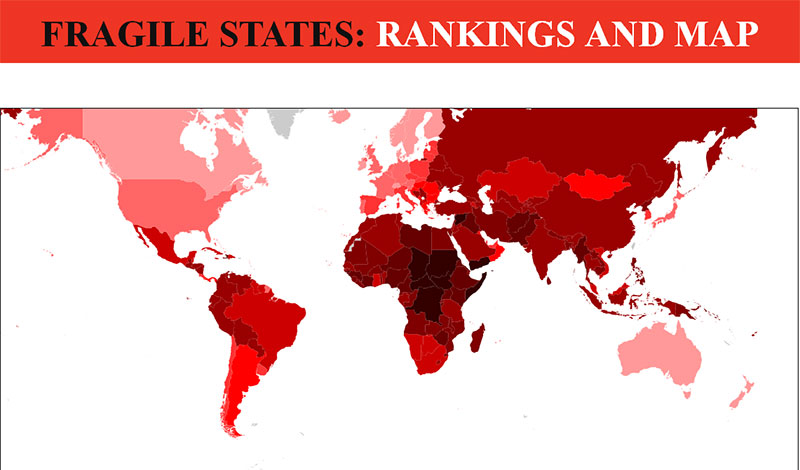 KATHMANDU, June 29: Nepal has been ranked the 33rd most fragile state in the world among 168 nations and third most fragile state among eight south Asian nations, according to the Fragile States Index 2016, created by The Fund for Peace and Published by Foreign Policy magazine.

Nepal has obtained a score of 91.2 based on 12 social, economic, and political indicators which analyze how wars, peace accords, environmental calamities, and political movements have pushed countries toward stability or closer to the brink of collapse.

Xi Jinping the most powerful person in world, Narendra Modi in top 10

New York, May 9: Prime Minister Narendra Modi has been ranked among the top 10 most powerful people in the... Read More...