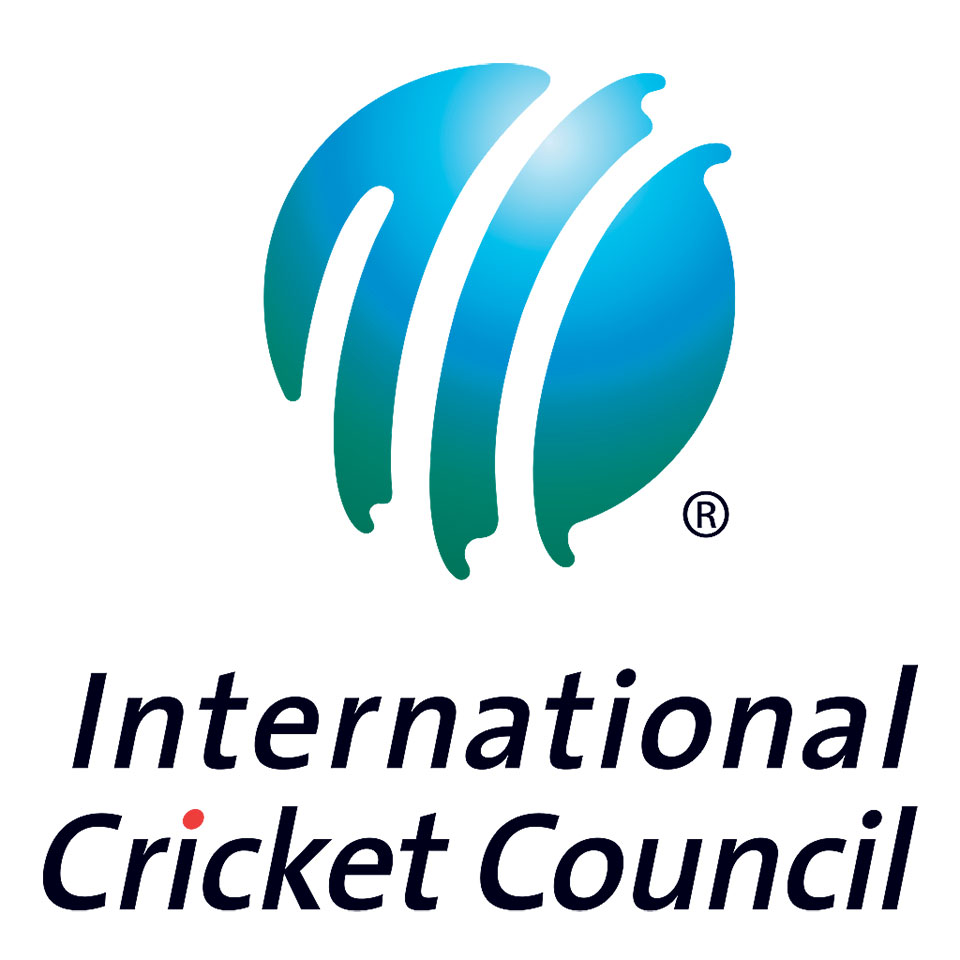 KATHMANDU, Feb 6: Nepal will complete a full circle taking the field on February 5 for their Division 2  match against the host team Namibia, after doing the same in 2015. Back then, Nepal finished third on net run rate behind the table toppers Namibia and Netherlands, securing a place in ICC World Cricket League Championship table for 2015-17 season along with Kenya after Afghanistan and Ireland were withdrawn from the original list.

Afghanistan and Ireland both are test nations now. Namibia, like Nepal, failed to qualify for the World Cup Qualifiers finishing bottom on the table (below Nepal) whereas Netherlands earned the status as the 13th ODI nation after winning the ICC WCLC. Hong Kong, Scotland and Papua New Guinea (PNG) were other three teams who secured their berths in World Cup Qualifiers after finishing in top four.

Six teams will participate in the second-tier league. Nepal will join the United Arab Emirates (UAE), Namibia, Kenya, the fellow bottom four demoted teams from the ICC World Cricket League Championship 2015-17 (WCLC) along with Oman and Canada who were promoted from Division Three held in May, 2017.

NEPAL
Nepal who finished seventh in the ICC WCLC with four wins from 14 matches will be one among four teams who will resume their quest to qualify for the qualifiers after failing to achieve it in WCLC. Long-time non-performers in WCLC, Binod Bhandari and Sagar Pun have been dropped from the squad and replaced by U-19 players Anil Sah and Rohit Paudel.

Once again, the onus to address the fragile batting order will be on the three mainstays of the team: Gyanendra Malla, Sharad Vesawkar and captain Paras Khadka. Nepal played a three-match series against UAE-A team as part of preparation tour for Division 2 before traveling to Namibia.

The bowling attack will be lead by veterans Basant Regmi and Indian Premier League (IPL) outfit Delhi Daredevils’ latest recruit Sandeep Lamichhane. Karan KC who enjoyed a good tournament last time in 2015 will return along with Sompal Kami who picked five wickets against UAE in last round of WCLC. Nepal skipper Paras Khadka remained focused in the Division 2 since their tour to UAE for WCLC matches.

“ICC World Cricket League Division 2 will be like a royal rumble where every team will give their best in order to seal their places for the next level” said Khadka in prelude to both the WCLC and WCL Div 2, tournaments. He added: “I am hopeful that we will get through this tournament as it is a stepping stone to the ICC Cricket World Cup Qualifier. We are excited that we are just two steps away from the ICC Cricket World Cup 2019.”

NAMIBIA
Host team Namibia last appeared in the World Cup in 2003. The team will look to emulate the feat they achieved in 2015, where they claimed the second spot, if not better and win it altogether. Namibia participating in the Cricket South Africa competition will help them take the advantage of the conditions in comparison to their visiting counterparts.

The squad laced with the players like Stephen Baard, one of the most successful openers from WCLC and seamer Christoffel Viljoen, an active player in South African domestic circuit will help skipper Sarel Burger to pose serious threat for other teams to finish on top.

“Qualifying for the ICC Cricket World Cup Qualifier is only the first step, but it would be the reward for exceptional hard work for a long period of time. This qualification process started a couple of years ago, it would be of huge benefit to cricket in Namibia if we were to qualify,” said Burger.

During that time, Oman has also performed well in the ICC World Twenty20 qualification process. Their rich vein of form in last year is sure to trouble other teams in Division 2. Oman defeated Hong Kong, the team which has already been qualified for the world cup qualifiers, 2-1 in an away series.

“Our preparations have been playing practice matches locally and against the USA at home, which we won 3-0, and against Hong Kong in the UAE, which we won 2-1. We are all looking forward to the ICC World Cricket League Division 2,” said Sultan Ahmed, the Oman captain before the tournament.

The team toured Barbados and South Africa as part of its preparation and involves the likes of Nikhil Dutta and Hamza Tariq, who both has the experience of playing in the premier T20 event Caribbean Premier League. Canada captain Nitish Kumar is satisfied with the effort they have put in the gym and nets and looking forward to a successful tournament.

“I am very excited for the event, we have been working so hard, so I believe it is time to convert that into performances and get Canada back to where we were four years ago,” Kumar said in official media release by ICC.

UAE
Two times world cup alumni, in 1996 and 2015, the UAE are striving for participation in their third ICC Cricket World Cup.

They recently participated in a tri-series in Dubai as part of their preparations for Division 2 against tough opponents in Ireland and Scotland, where they secured one victory against the Scots. The most influential player for UAE, Shaiman Anwar has just hit the form right before the tournament.
“It would be a fantastic achievement for us to qualify; it would a great morale boost for the team, as well as be a positive boost for the UAE’s cricketing future,” said a very confident Mustafa to do well in the tournament.

KENYA
Lead by a talismanic captain Rakep Patel, Kenya is the most prominent world cup playing team to participate in the Division Two. Pace attack will be lead by dependable an experienced seamer in Nelson Odhiambo whereas batsmen will look for inspirations from Collins Obuya, the most veteran player in the squad and tournament.

Kenya appeared in the pinnacle tournament as recent as 2011 in India and will be trying to do same after completing the preparation tour and series against Zimbabawe A side in Zimbabwe before traveling to Namibia.

“Qualifying would be the culmination of a journey that started when the World Cricket League cycle begun. We are excited about proving to ourselves that we belong here,” said Patel about their participation in the Division 2. 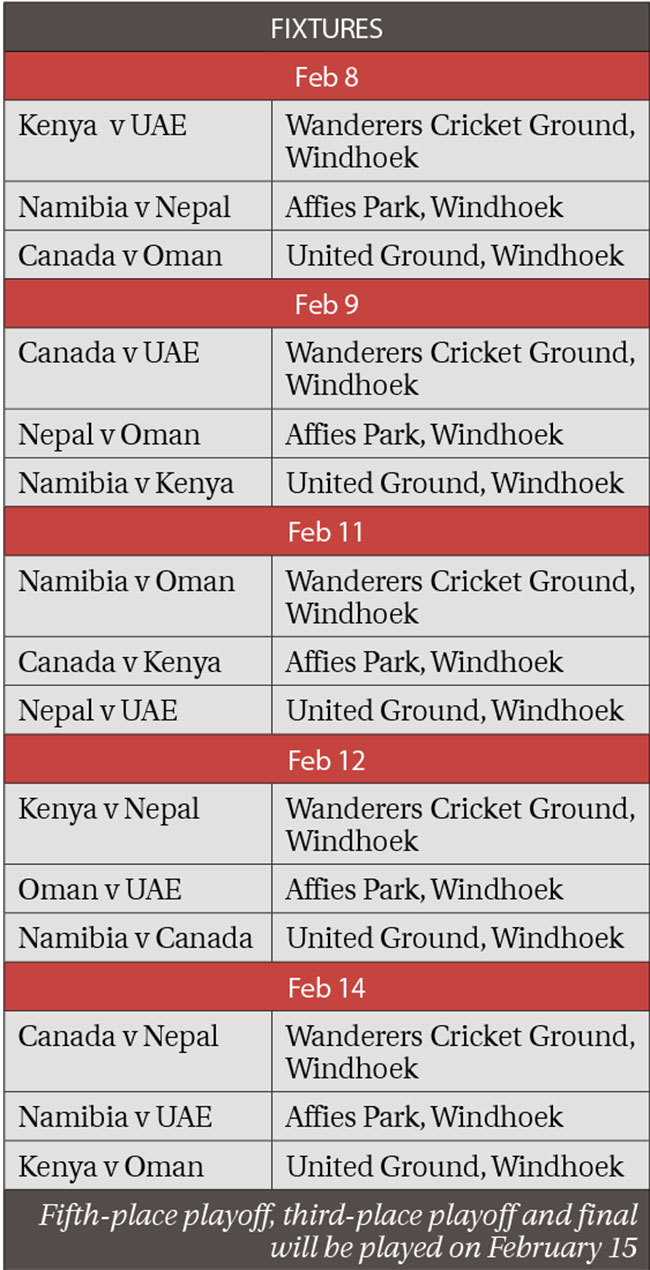