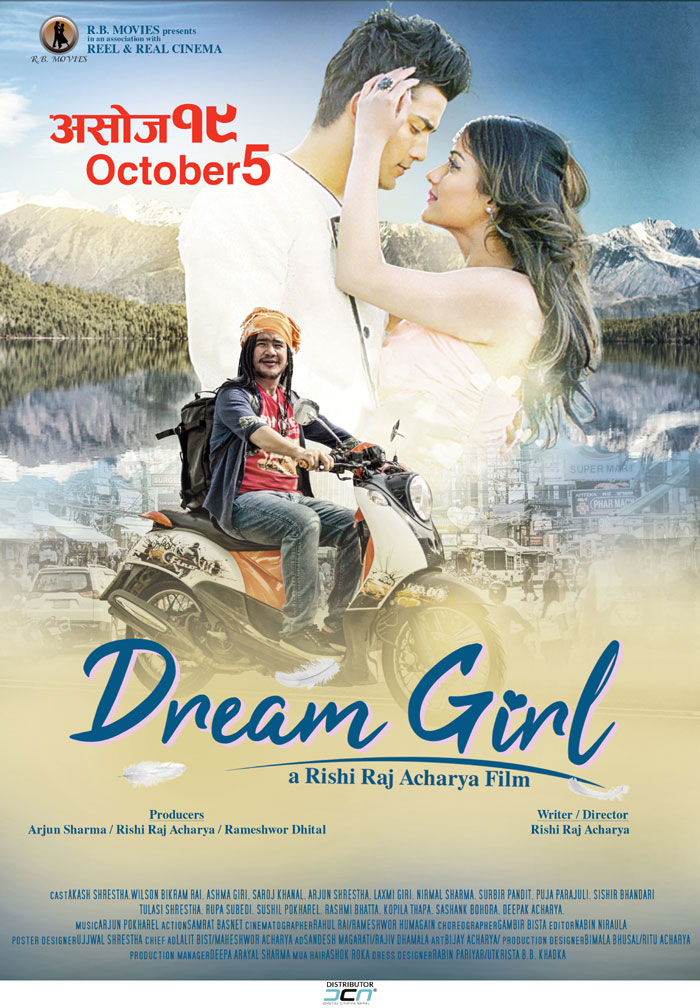 POKHARA, May 7: The shooting of a Nepali move Dream Girl is over. The shooting was done in Kathmandu, Rara, Gulf countries and Thailand. Based on a high profile love story, the film will be screened nationwide on October 5.

Earlier, the film production company had planned to screen it on July 3.

Made in an investment of around Rs 25 billion, the movie will be premiered on May 21, said producer Rameshwor Dhital.

Made under the banner of RB Movies, Rishi Raj, Arjun Sharma, Rameshwor Dhital are co-producers of the film.

Kathmandu, Mugu, various places of Thailand and Gulf countries are the settings of the movie.

The film will be screened in Australia, Europe and Gulf countries before being screened in Nepal.

KATHMANDU, April 13: Nepali film ‘Ghampani’, which is set to be released tomorrow, has premiered at Big Movies in the... Read More...