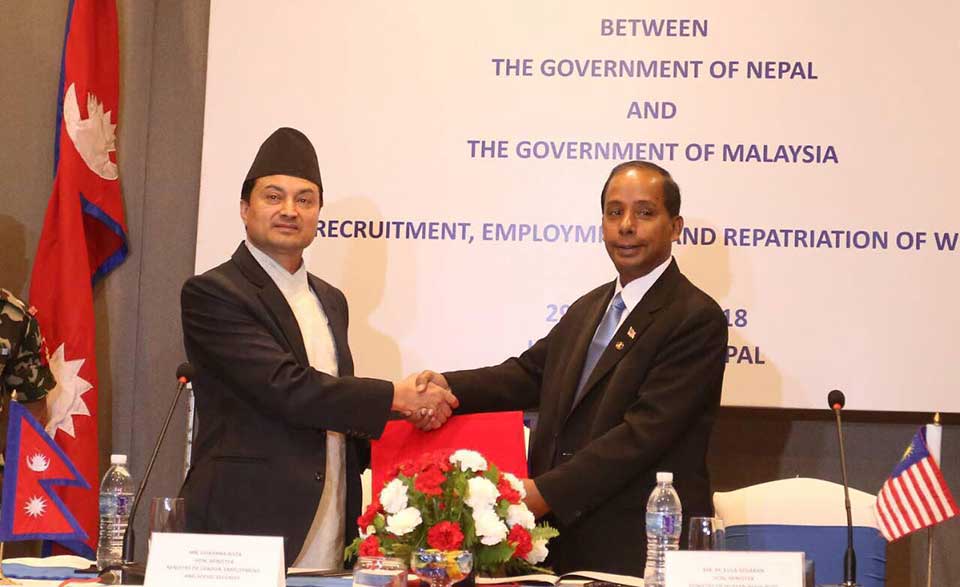 KATHMANDU, Oct 29: Minister for Labor, Gokarna Bista, and his Malaysian counterpart M. Kula Segaran has signed a  labor deal amid a function at Hotel Hayat today.

Malaysia's Minister of Human Resources M. Kula Segaran had arrived in Kathmandu on Sunday to sign a bilateral labor pact with Nepal.

The deal will pave way for sending Nepali migrant workers to Malaysia, Secretary at the Labor Ministry Mahesh Dahal told Republica Online. This is the first labor agreement between the two countries.

The draft of MoU states that Malaysia will bear all expenses of Nepali migrant workers to go to Malaysia in future.

Malaysia has remained one of the lucrative destinations for Nepali migrant workers for foreign employment.

On September 2018, the Malaysian government had agreed that the Malaysian companies will bear all the costs incurred by the Nepali youths, and has accepted Nepal’s previous proposal of free visa and a free ticket to migrant workers. The amounts charged in fees by the recruiting agencies were a big burden for the Nepali youths coming from the poor economic background.

There are estimated 500,000 Nepali youths working in Malaysia, including undocumented laborers. On average, 300 to 400 youths were flying daily to Malaysia for migrant works before the process of hiring was halted in May. 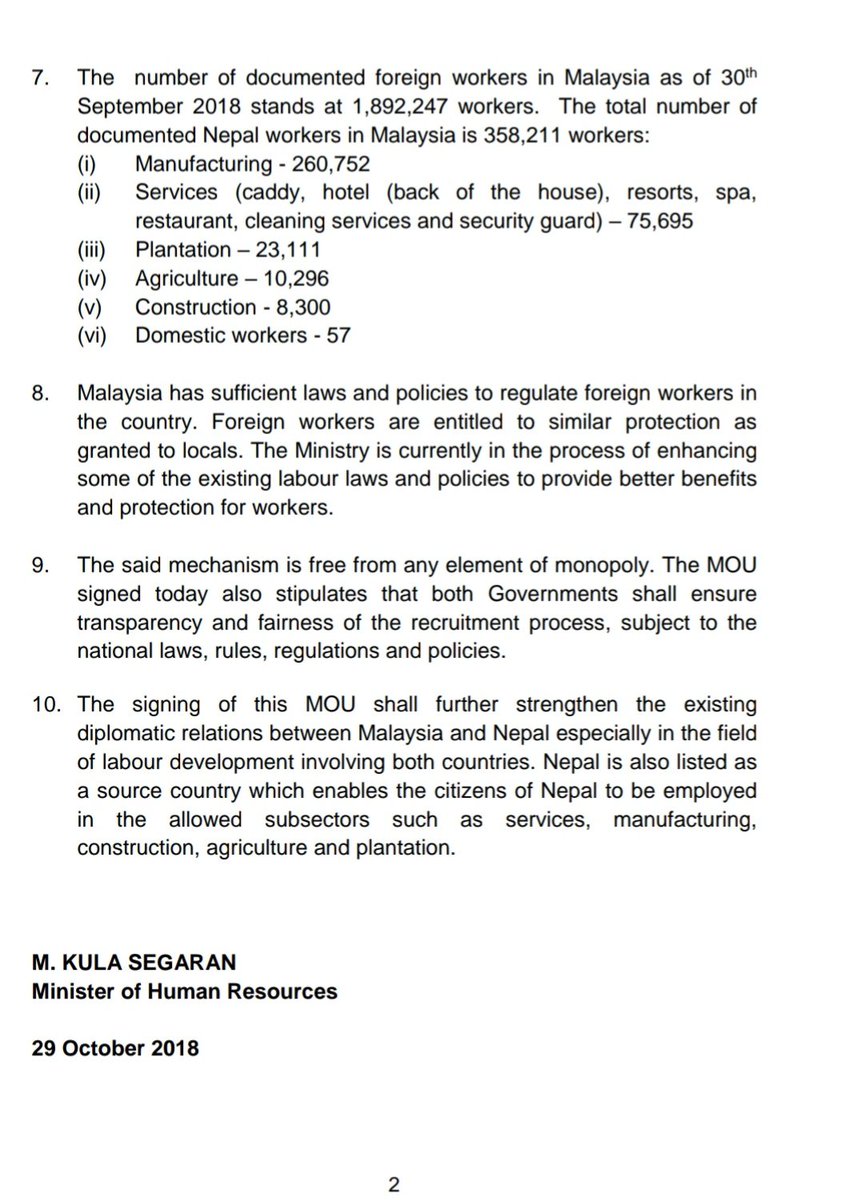 KATHMANDU, Dec 17: Nepal and Oman have signed Memorandums of Understanding (MoUs) on labor, tourism cooperation and visa waiver for the... Read More...

Malaysian cabinet to discuss issue of Nepali workers
2 years ago